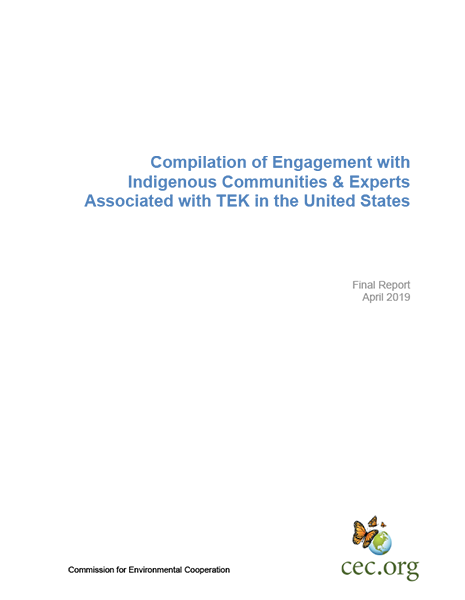 The purpose of this Compilation of Engagement with Indigenous Communities and Experts Associated with TEK in the United States is to assist the Commission for Environmental Cooperation (CEC) and other partners engaging in work that involves TEK. This paper provides an inventory of existing frameworks in the United States that provide mechanisms for the voluntary engagement of indigenous communities and Traditional Ecological Knowledge (TEK) experts.

After briefly providing context and background for TEK work in the United States, the report describes existing frameworks at the international, federal, tribal, and state levels. Additionally, representative examples of TEK projects in universities, research/public partnerships, and the private sector are discussed. Appendix A lists Tribes and Indigenous communities engaged in TEK projects in the United States. This United States-focused report is one of three; the two other reports focus on Canada and Mexico respectively.