The Joint Public Advisory Committee is composed of nine citizens, three from each country (Canada, Mexico and the United States). Together, they advise the Council on a wide array of environmental issues within the scope of the Agreement on Environmental Cooperation.

To inform its recommendations, JPAC engages the public in open forums that bring together experts on North America’s most pressing environmental issues. JPAC subsequently submits its recommendations to Council in the form of an Advice.

Advice to Council No: 21-02 — JPAC Public Forum on Climate Change and Environmental Justice 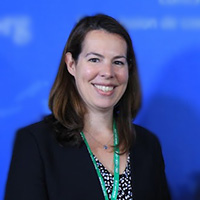 Anne-Raphaëlle Audouin has been working in the natural resources sector for over 10 years. After attaining a post-secondary degree in political science, Anne-Raphaëlle focused on studying law, more specifically environmental law, earning a civil law degree and a common law degree from the University of Ottawa. After completing her Master’s degree in environmental and natural resources management at Dalhousie University, she worked for several years as an environmental and social impacts management specialist for Hatch, Ltd., an international engineering consulting firm. In her current role as President of WaterPower Canada—voice of the hydropower sector in Canada—she promotes the many attributes of water power and the fundamental role it plays in the fight against climate change. Anne speaks French, English and Spanish and is certified in project planning and controls. She is also a co-founder of the Canadian Council on Renewable Electricity (CanCORE). 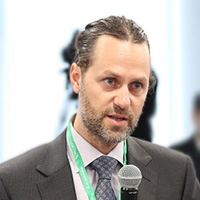 Louie Porta is the Executive Director of Oceans North. With extensive experience living in, working in and exploring Arctic Canada, he oversees projects related to marine conservation, oil and gas, Arctic shipping, indigenous protected areas, coastal stewardship, and plastics. He formerly served as lead political adviser to Mary Simon during her appointment as Minister’s Special Representative for Arctic Leadership. He was appointed to serve on Canada’s National Advisory Panel—charged with recommending how Canada can meet its international conservation obligations.

Louie is also an adviser to the Students on Ice Foundation, is a senior associate for the International Institute for Sustainable Development, serves on the governing council of the Ocean Tracking Network and sits on the research oversight committee for Genome Canada’s investigation into oil spill countermeasures for the Arctic. He has a master’s degree from Dalhousie University’s School for Resource and Environmental Studies, and lives in Halifax, Nova Scotia, with his wife and three children. 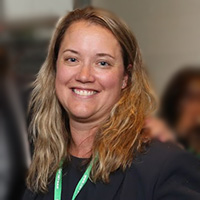 Associate Professor at University of Calgary 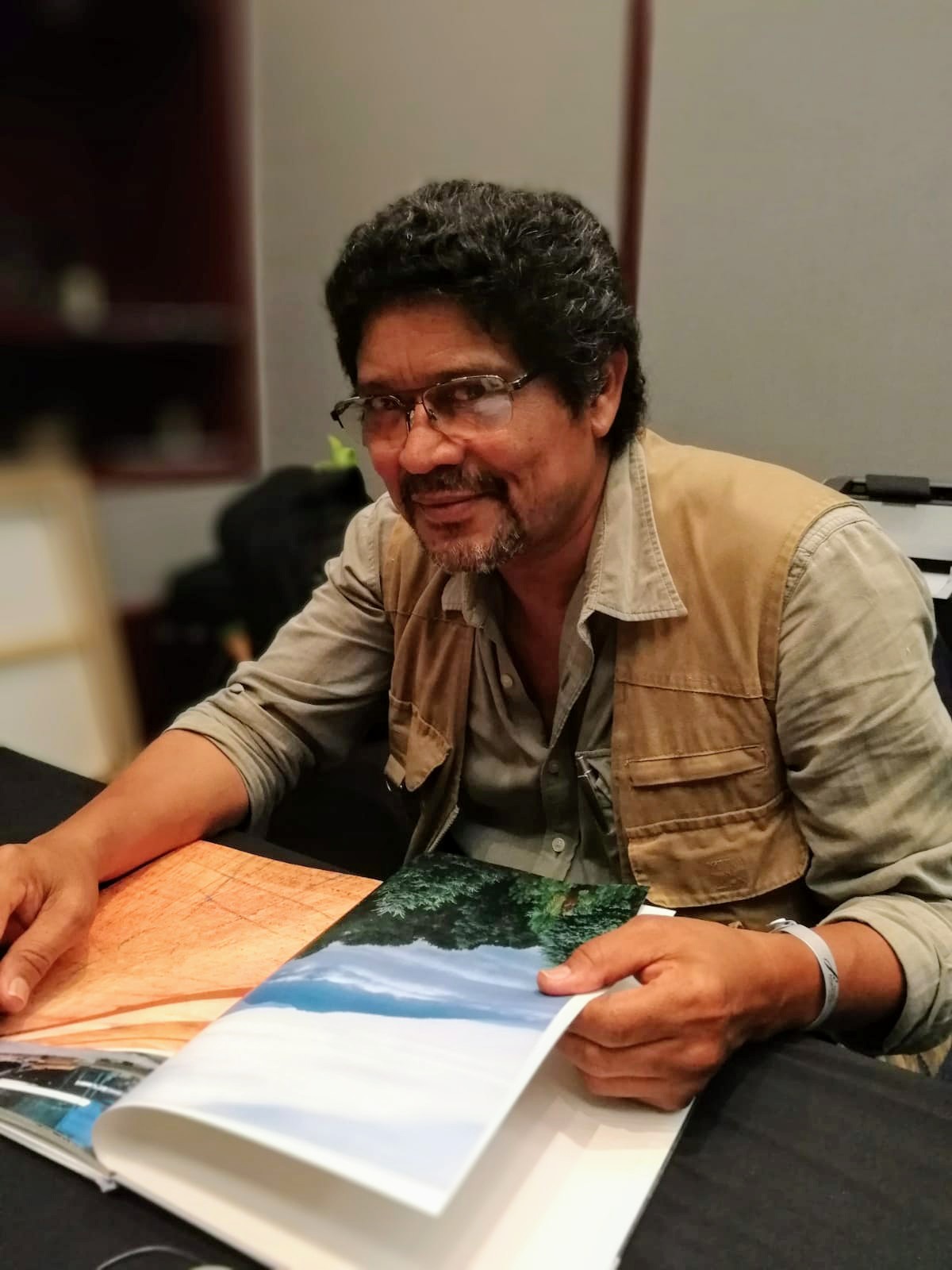 An agricultural engineer specializing in forests and a graduate of the Chapingo Autonoma University, Luis Alfonso Argüelles Suárez is currently Mexico’s representative on the Forest Stewardship Council (FSC), a position he has occupied since 2014. From 1995 to 1997, he sat on the FSC’s Board of Directors.

Between 1981 and 1986, he worked at the then National Forestry Research Institute, now known as the National Forestry, Agriculture and Livestock Research Institute (Inifap). After serving as a researcher commissioned by a pilot Quintana Roo forestry project as the Mexican counterpart of a Mexico-Germany cooperation agreement, he served as forestry advisor on a forestry management project in Quintana Roo under the aegis of a Mexico-UK cooperation agreement. For ten years, he was Technical Director of the Quintana Roo Association of Ejido Forestry Producers. He has also been an advisor to the National Union of Community Forestry Organizations (Unofoc), a consultant with the German Agency for Technical Cooperation (GTZ) on a forestry policy project in Ecuador and a consultant with the World Wildlife Fund (WWF) in Mexico, Nicaragua, Panama and Peru. Argüelles Suárez is a founding member of Trópica Rural Latinoamericana, an organization which has executed projects for the MacArthur Foundation, the WWF and Corredor Mesoamericano-México. 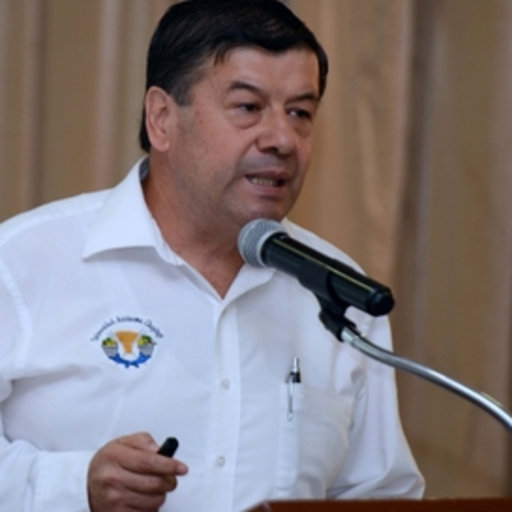 An agricultural engineer with an MA and PhD in tropical agroecosystems from the College of Postgraduates, Esteban Escamilla Prado’s doctoral dissertation concerned the study of organic coffee quality in Mexico. Since 1987, he has been a research professor at the Eastern University Regional Center (CRUO) of the Autonomous University of Chapingo (UACh), in Huatusco, Veracruz. Formerly the director of CRUO, he is currently research director at the National Center for Coffee Research, Innovation and Technological Development (Cenacafé). Aside from his research and teaching responsibilities, he dedicates part of his time to training and outreach work, teaching courses and offering certificate programs on comprehensive sustainable coffee cultivation, organic agriculture, biodiversity, sustainable land use, and agroforestry. Having ample experience in coffee cultivation, his research includes a range of topics: plant genetic resources, genetic improvement, coffee growing systems and technologies, economic diversification, edible insects, and worm farming. He has directed and advised numerous undergraduate and postgraduate dissertations. He has also published numerous books, articles and manuals, as well as presented many papers in local, national and international events.

Throughout his professional career, Escamilla Prado has participated in diverse activities related to comprehensive sustainable coffee cultivation in Mexico and various coffee-producing countries in Central and South America, with a focus on training and advising small scale and Indigenous producer cooperatives on organic production, fair trade and quality control. As an organic coffee producer himself, he is a founding member of the “Catuai Amarillo” cooperative and the Federation of High Mountains Specialty Coffees (Incafesam), social enterprises that export organic coffee to the United States and Europe. Moreover, he is a member and current president of the Steering Committee of the Mexican Certification Authority for Ecological Products and Processes (Certimex). He is a former mayor of Chocamán, Veracruz, his place of residence. Since 2019, he has collaborated with the Sowing Life program of the Mexican government’s Ministry of Welfare as an agroforestry and sustainable coffee cultivation expert. 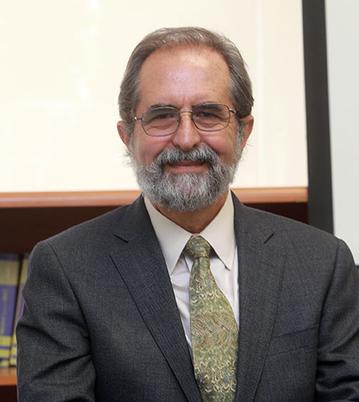 Economist at the National Autonomous University of Mexico (UNAM), with a PhD in planning and development from the University of Liverpool’s Faculty of Social and Environmental Studies, Pedro Moctezuma Barragán is a prominent national and international activist on the issues of water, the environment and community participation. He is currently coordinator of the Sustainability Research Program at the Autonomous Metropolitan University (UAM) where he also sits on the Board of Directors. He is a member of the National Coordination Council of Agua para Tod@s, Agua para la Vida (“Water for all, Water for Life”) and a participant in the Society, Environment and Institutions (SUSMAI) graduate seminar at UNAM.

Founder and Director of the lncalli lxcahuicopa Center for Sustainability (Centli), which also includes agro-ecological and forestry centers, both located in Tlalmanalco, Mexico State, and co-founder of the Amecameca and La Compañía River Basins Commission, Moctezuma Barragán also has experience in implementing community development processes and in projects on the design and self-managed construction of social housing. He has overseen planning in areas such as ecological land-use planning, water resources and micro watersheds management, municipal development and comprehensive solid waste management.

His experience in teaching spans four decades. Founder of the Department of Socioeconomic Research at the Torreón School of Economics, in Coahuila, he has given over 140 courses in various academic institutions and advised a large number of professional and postgraduate dissertations. In addition, he has been a member of various academic commissions, organized courses and workshops, participated in the reviewing of undergraduate and MA curricula, and presented over two hundred papers and conferences in dozens of universities in Mexico, as well as in Europe, Canada, the United States and Latin America. The author of over 60 publications, he has also sat on multiple editorial boards. 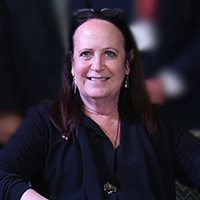 Felicia Marcus is the William C. Landreth Visiting Fellow at Stanford University’s Water in the West Program, an attorney, consultant, and member of the Water Policy Group. She most recently served as Chair of the California State Water Resources Control Board, implementing laws regarding drinking water, water quality, and state’s water rights, hearing regional board water quality appeals, settling disputes, and providing financial assistance to communities to upgrade water infrastructure.

Before her appointment to the Water Board, Marcus served in positions in government, the nonprofit and private sector. In government, she served as the Regional Administrator of the Environmental Protection Agency’s Pacific Southwest Region during the Clinton Administration, where she was known for her work bringing unlikely allies together for environmental progress and for making the agency more responsive to the communities it serves, particularly Indian Tribes, communities of color, local government, and agricultural and business interests. Preceding her work at the EPA, Marcus served as the President of the Board of Public Works for the City of Los Angeles, presiding over the department through a time of great change and challenge, including numerous emergency response situations (including flood, earthquake and riots).

In the non-profit world, she was the Western Director for the Natural Resources Defense Council, and prior to that the Executive Vice-president and Chief Operating Officer of the Trust for Public Land. Marcus also has an extensive background as a private sector and public interest lawyer, as well as a community organizer, most notably as a founder and general counsel to Heal the Bay. She has served as the director of litigation for Public Counsel, a public interest law firm; an associate at the law firm of Munger, Tolles & Olson; a visiting fellow at the Center for Law in the Public Interest; a law clerk to the Honorable Harry Pregerson (9th Circuit Court of Appeals); and legislative assistant to Congressman Anthony C. Beilenson in Washington, DC.

In 2020 she was elected a Fellow of the National Academy of Public Administration. She holds a Bachelor of Arts in East Asian Studies from Harvard College, and Juris Doctor degree from New York University School of Law and studied at Hong Kong University on a Rotary Fellowship. 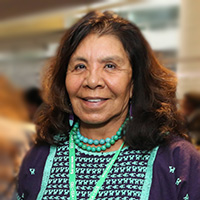 Throughout her professional career, Professor Trujillo has been involved with education, health, social services, and cultural enhancement programs in conjunction with communities, tribal government entities, and higher education institutions.

She is the principal investigator (for community outreach) at the National Cancer Institute-funded Partnership for Native American Cancer Prevention, which focuses on alleviating the burden of cancer among Native Americans of the southwestern United States through research, training and outreach programs that allow the Partnership to collaborate closely with the Hopi, Navajo, and Tohono O’odham communities it serves.

Professor Trujillo is also the NAU research, education and training co-director of the Center for American Indian Resilience (CAIR), a partnership with University of Arizona’s College of Public Health to reduce American Indian health disparities.

In 2011, Professor Trujillo served as a visiting fellow at the Rachel Carson Center for Environment and Society at the Ludwig-Maximilian University in Munich, Germany. Previously, she was director of the Center for Indian Education at Arizona State University, and was formerly a member of the Tribal Council of the Pascua Yaqui Tribe of Arizona.

She has served on a number of local, national and international boards. These include the Global Diversity Foundation, which promotes agricultural, biological and cultural diversity around the world through research, training and social action. Professor Trujillo is also a member of the US Governmental Advisory Committee (GAC), which advises the Administrator of the US Environmental Protection Agency (EPA), who serves as the US representative on the governing Council of the Commission for Environmental Cooperation (CEC). 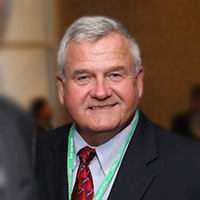 Considered one of the nation’s most experienced and respected environmental leaders, Robert Varney is a former Environmental Protection Agency (EPA) New England Regional Administrator, who currently is President of Normandeau Associates, a science-based environmental firm with eighteen offices in 12 states. He was the longest-serving regional administrator and top environmental official in New England and is credited with instituting many innovative approaches and policy initiatives that have served as national models. Prior to EPA, Mr. Varney was one of the nation’s longest-serving state environmental commissioners, appointed by three Governors of both political parties.

Through meetings and open forums, the JPAC regularly invites the public to provide advice, insight and feedback on shared environmental priorities. 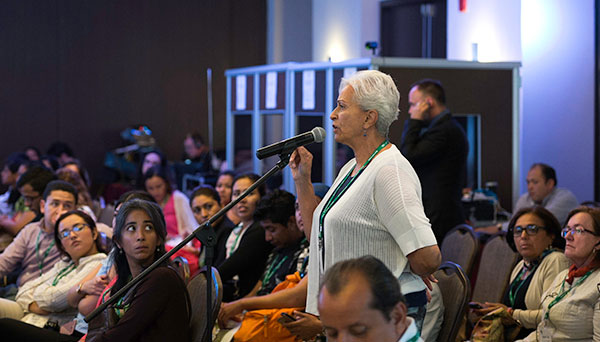 Join Us for the JPAC Public Forum on Sustainable Management of Transboundary Waters!

Through consultations, the JPAC creates a bridge of communication between the public and the Council, which improves the efficiency and transparency in large-scale processes such as projects, laws, and policies