This North American Atlas base layer shows the roads of North America at 1:10,000,000 scale. The roads included are either those that connect major centers of population or selected frontier roads. Roads under construction are not shown.

There are three road classes: Major roads, which are divided, multi-lane, limited access highways; Secondary roads, which are all roads that do not meet the definition of major roads; and Ferries, which are major ferry links which run either year round or through periods when ice conditions permit. 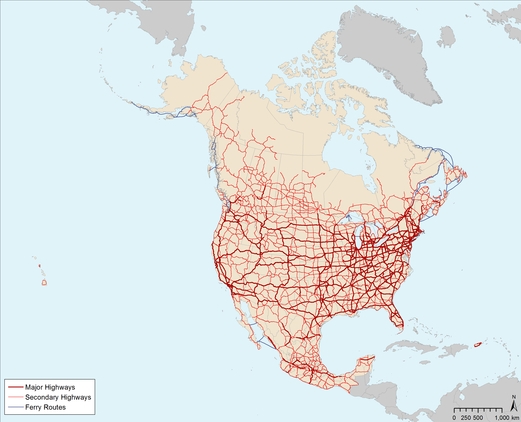