Faced with the reality of climate variability and the rise in extreme weather events  across the continent, building local resilience has become a shared priority for communities and all levels of government in Canada, Mexico and the United States. This is especially important for remote and coastal communities that are uniquely vulnerable to such natural disasters as floods, wildfires, droughts and hurricanes by virtue of their location or socio-economic conditions.

This public forum will feature the lived experiences of people from cities, remote coastal communities, and Indigenous nations who have faced climate emergencies and will capture their efforts toward building disaster resilience. The forum will highlight the nexus between environmental sustainability and citizen-led efforts in responding to the impacts of climate emergencies. Such events cause urgent human and environmental problems that require sound planning and effective, timely action.

To explore opportunities for trilateral cooperation on disaster resilience through the Commission for Environmental Cooperation and its activities, community representatives from urban, rural, and remote areas in North America will share their experiences and knowledge with the attendees. 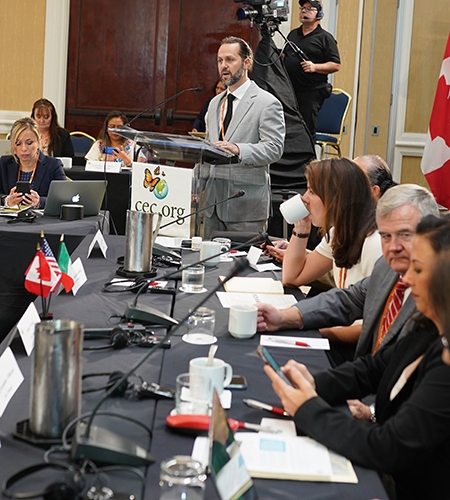 Open Session with the Public (Participants in-person and on-line)
The Lived Experience: responding to crisis, and building perseverance 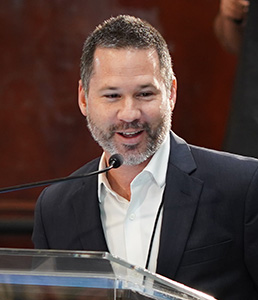 Antonio R. Pavía-Vidal has over 15 years’ experience as an attorney with expertise in governmental affairs, contract development and negotiation, disaster management, legislative efforts, and authoring policy proposals. He currently serves as deputy director at Puerto Rico’s Central Office of Recovery and Reconstruction (COR3), where he is part of the island’s recovery and reconstruction team after Hurricanes Irma and María.

Before becoming the deputy director, he was COR3’s Chief Legal Counsel, where he played an important role in the drafting and implementation of all guidelines, policies and procedures for the Puerto Rico recovery office.

Throughout his career, Pavía-Vidal has proven to have solid knowledge and experience working with cross-functional teams to develop and execute complex, time- and commercial-sensitive strategies.

Pavía-Vidal is deeply dedicated to the recovery and reconstruction of the Island. 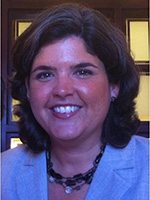 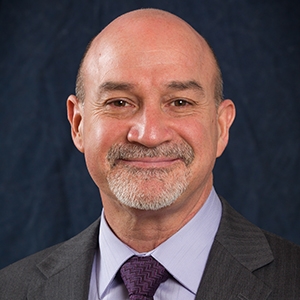 Since 2007, Orlando Cabrera-Rivera has been the manager of the CEC’s Environmental Quality Unit. He is responsible for developing and overseeing the implementation and delivery of North America-wide environmental initiatives and capacity building efforts under the CEC’s cooperative work program related to air quality, climate change, pollutant releases and transfers registers (PRTR) systems and environmental health.

Cabrera-Rivera has over thirty years of experience in the environmental management field and in the development and implementation of international, national, regional and local environmental pollution management and policy initiatives.

Roundtable Discussion 1 – Understanding Impact: when regions are struck by disasters

The goal of this session is to understand what happens when places are impacted by extreme weather events –  discuss the range of environmental and societal effects, consider lessons learned in affected areas, and reflect on solutions that build long-term resilience and promote enhanced environmental cooperation. 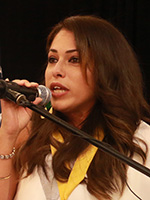 Director of federal programs for the municipality of Cayey, Puerto Rico, Natasha M. Vázquez Pérez is currently in her final year of the master’s program in environmental management at the Universidad Ana G. Méndez. She is a graduate of the Universidad de Puerto Rico, where she completed a bachelor’s degree in business administration with concentrations in accounting and chemistry. In addition, she holds certifications in landfill management and operation, recycling management, quality improvement associate, Geographic Information System, disaster recovery program management and others.

For 13 years she has served as manager and coordinator of the Cayey municipal recycling program. She also heads the educational program at the agricultural school, is involved in the animal control program, administers the Cayey sanitary landfill system, and is a member of the municipal public tendering unit (junta de subasta).

At the agricultural school, Vázquez Pérez has consolidated a program of free courses for small businesspeople, farmers, and the general public on a wide variety of topics, such as worm composting and home gardens.

As administrator of the Cayey sanitary landfill system, her most outstanding contribution took place after Hurricane Maria devastated Puerto Rico in 2017. She prepared a logistical map for the reorganization of drinking water distribution, based on which emergency generators were installed to operate the pumping systems in every neighborhood and sector of Cayey; private drinking water self-sufficiency was promoted as well, all in coordination with the Puerto Rico National Guard, the Engineer Battalion sent from North Carolina, the Federal Emergency Management Agency (FEMA) team, the Red Cross, and community organizations such as Water Mission. This action helped avert a larger-scale environmental and public health crisis.

Natasha Vázquez Pérez won numerous prizes and acknowledgements for her response and best management practice implementation work in the face of the extreme contingency situations created by Hurricane Maria. 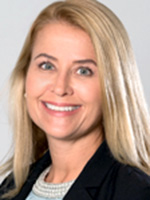 Maas Cortés has worked at the Science Trust since December 2014. Previously, she had served as assistant director of the CDC-funded regional Injury Control Research Center (ICRC) at the Medical College of Wisconsin, from 1999 until 2003, where she was responsible for operations to reduce the burden of illness and death from injury-related causes. Her specific research has focused on water quality safety, injury risk to international travelers, and patient safety efforts and she has contributed to several peer-reviewed scientific publications, including the Harvard Mortality Study conducted in Puerto Rico after Hurricane Maria.

Her graduate work at the Johns Hopkins Bloomberg School of Public Health was in international health and applied nutrition and involved conducting extensive anthropometric data collection and nutritional surveys, qualitative field work, and intervention development to reduce obesity and diabetes in the Republic of the Marshall Islands. 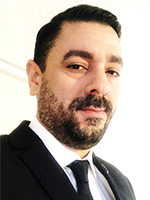 Javier Rivera Morales has served since 2017 as Leader of Special Projects (Water and Energy) at Fundación Comunitaria de Puerto Rico (FCPR). Under his leadership, the FCPR has developed the following community development projects:

In 2017, as a response from the FCPR in the recovery phase in the wake of Hurricane Maria, Rivera Morales led the administration for storing supplies and the delivery of these to different non-profit entities around the island, including the municipality islands of Vieques and Culebra.

He has 24 years of experience in the wholesale management industry and is the founder of JR Wholesales Inc.

Rivera Morales holds a bachelor’s degree in education with minor concentration in economics and theater from the University of Puerto Rico, Río Piedras Campus. 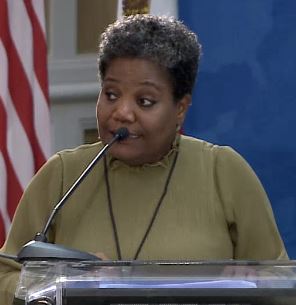 Carmen Villanueva Castro holds a bachelor’s degree in accounting and is a certified fraud examiner; she also possesses a master’s degree in finance from the Universidad Interamericana de Puerto Rico. She is the community leader for Hill Brothers Sur, in Río Piedras, where she now heads the organization Hill Brothers, Inc.

By age 11 she was leading groups in the local Catholic church and in the schools she attended. As president of the Community Leaders Coalition, she successfully lobbied for amendments to community protection laws, with land protection as a particular priority. For over ten years, Villanueva Castro administered the Centro de Enlace, Desarrollo e Investigación de las Comunidades Especiales (CEDICE), a group offering services to the communities. Today, she is part of Puerto Rico por el Derecho a una Vivienda Digna (Prodev), a movement lobbying for fair housing policy, and acts as community liaison to the group Firmes, Unidos y Resilientes con la Abogacía (FURIA). Throughout her career, she has worked to mobilize the 742 special or marginalized communities of Puerto Rico, with the primary objective of building awareness of the strength of community organizations and the resources they have available to support Puerto Rico’s economic development. Among her notable achievements was participation in the Community Summit held in March 2019 at the request of women community leaders; the event was attended by over community leaders from throughout Puerto Rico.

The goal of this session is to feature stories from North American communities that explore the interconnection between human resilience and environmental sustainability. 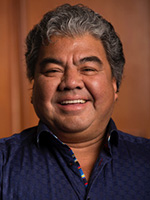 Miles G. Richardson is a citizen of the Haida Nation and of Canada. He grew up among his people on Haida Gwaii, attended high school in Prince Rupert, British Columbia, and in 1979 received a Bachelor of Arts in Economics from the University of Victoria. From 1984 to 1996, he served as president of the Council of Haida Nation.

In 2007, Mr. Richardson was named an Officer of the Order of Canada. Currently, he operates his own business advisory service and is the Director of the National Consortium for Indigenous Economic Development (NCIED). 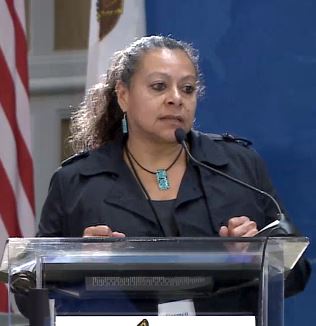 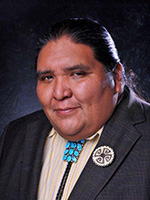 Verlon Jose is an enrolled member of the Tohono O’odham Nation, a binational Nation in the United States (AZ) and Mexico (Sonora), and he is the current governor of the Traditional O’odham Leaders of Mexico. This traditional council has existed since the early 1920s, when community leaders united in order to protect the people and defend the traditional lands, principally the sacred sites and communities of the O’odham in Mexico.

As a current board member and ambassador for Portable Practical Education Preparedness (PPEP) First American Resources and Services, whose mission is to Improve the quality of rural life, he works to provide economic, micro business, housing, counseling, employment, job training, humanitarian and health services to the Nation, as well as education and charter schools.

Jose also served as chairman of the Chukut Kuk District on the Tohono O’odham Nation, from 2011 to 2015 and on the Baboquivari Unified School District #40 Board for six years, includng four years as board president. He also served the Nation as a Tribal Court Advocate, as Legal Assistant for the Office of Attorney General, as an Intern at the Tribal Planning Department, and was on the District Council for a number of years, where he chaired the Youth and Budget and Finance Committees for the Chukut Kuk District.

Mr. Jose enjoys time with his family, especially his 12 year old grandson Jojo. He is committed to his traditions, culture, education, youth and services to the people.  He enjoys his time on the family ranch when able to do so and traveling to rodeos supporting his nieces and nephews who ride sheep, calves, steers and bulls. He enjoys many genres of music and loves to meet new friends.

Family is everything, as we are all related. 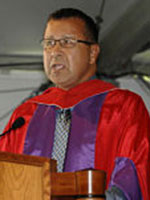 Dean Jacobs, a former chief of the Walpole Island First Nation and the founding director of the Walpole Island Heritage Centre, has over 43 years of experience in public service and in enhancing community-based research capabilities. In 1976, Jacobs was the first Canadian First Nation individual admitted to the Smithsonian Institution’s American “Indian” Cultural Resources Training Program. He has been an expert witness in a number of hunting and fishing rights court cases. Awarded honorary doctorate degrees from Bowling Green State University (1998), University of Windsor (2006), and York University (2008), he was the recipient of the J. Norman Emerson Silver Medal (1998) from the Ontario Archaeological Society and The Commemorative Medal (1992) presented by the Governor General of Canada. He is also a recipient of two Eagle feathers from his peers.

The Walpole Island Heritage Centre he founded is recognized by scholars as one of the best First Nation community research offices in Canada and, in 1995, received the “We the Peoples: 50 Communities Award” from the Friends of the United Nations for its exemplary record in environmental research and sustainable development and has been designated by Department of Indian Affairs and Northern Development as a “First Nations Effective Practices” site.

Open Session with the Public  (Participants in-person and on-line) – The Lived Experience: responding to crisis, and building perseverance

The goal of this moderated session is to give the public the direct opportunity to share their experiences with extreme weather events and directly inform the Joint Public Advisory Committee’s advice on Community-based Approaches to Disaster Resilience. This thoughtful dialogue on real-world, community-driven solutions will significantly contribute to environmental cooperation and sustainability measures between Canada, Mexico and the United States. 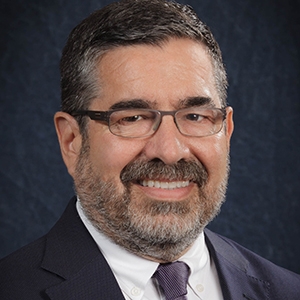