North America contains approximately 17% of the world’s forest area, and is known to be the most diverse region as it consists of all but two global primary ecological zones. This map was developed by the forestry agencies of the three countries: Canadian Forest Service, US Forest Service and the Comisión Nacional Forestal (CONAFOR). Their collaboration results in an update of the FAO ecological zones data from 2000, based on the CEC’s terrestrial ecoregion data.

The FAO ecological zones are based on a combination of climate (temperature and precipitation) and potential vegetation classifications.  They are broad areas of relatively homogeneous vegetation, with similar physical characteristics. Some ecological zones (i.e. temperate steppe) contain limited or no forest; areas are considered forested when they have a 10 percent minimum crown cover.  Orchards and other fruit tree plantations used for agricultural production are not classified as forests.

The data were generated by the North American Forestry Commission (NAFC) Inventory and Monitoring Working Group as part of the NAFC’s reporting requirements to the FAO- Global Forest Resources Assessment. The primary data were re-assigned to the CEC terrestrial ecoregions level III for consistency and integration into the North American Environmental Atlas. 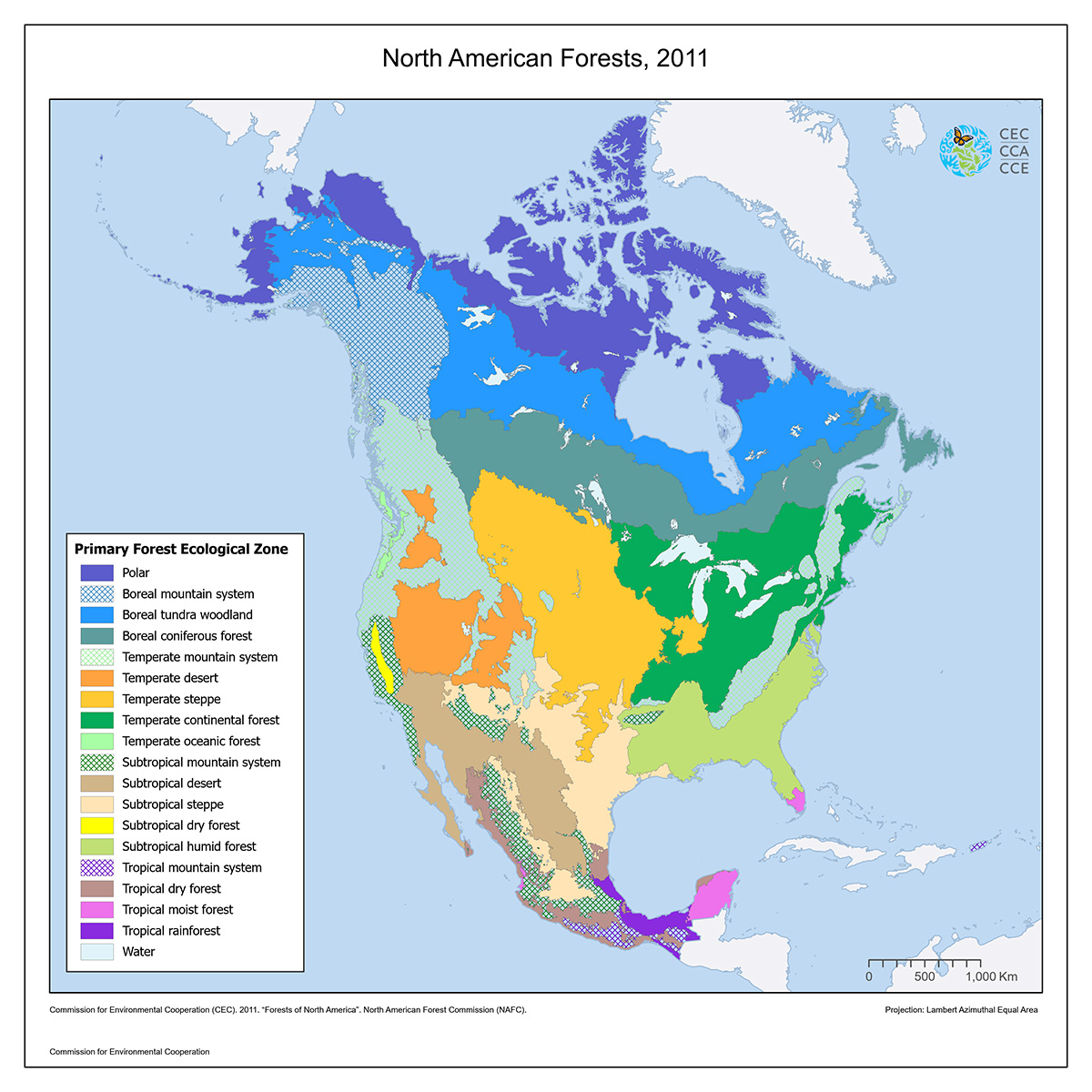