The Youth Innovation Challenge was held ahead of the 2018 CEC Council Session, taking place on June 26-27 in Oklahoma City, Oklahoma, United States. Be sure to tune in to our live webcast on June 27 at 4 p.m. EDT, as the winners present their projects to North America’s top environmental officials.

The Challenge was open to North American students and young entrepreneurs ages 18-30 who submitted their innovative solutions for improving both the environment and the economy in North America. Their ideas were crowdsourced—enabling submitters to capitalize on feedback from over 2,900 North American youth registered on the crowdsourcing platform. Over 200 ideas were evaluated by the CEC Idea Evaluation Panel and CEC experts, and nine semifinalists were selected to develop their ideas into full proposals. Winners were selected by the CEC Council. 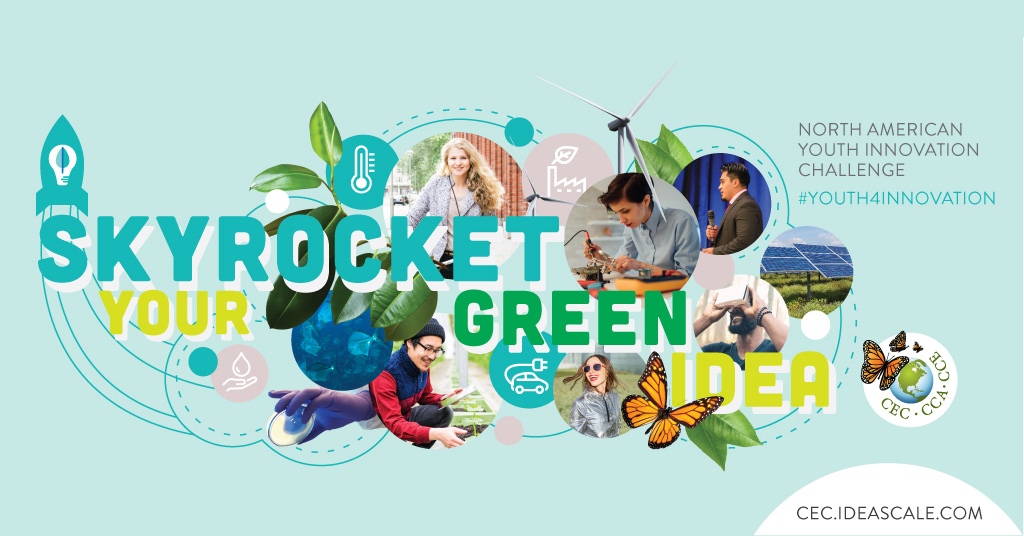 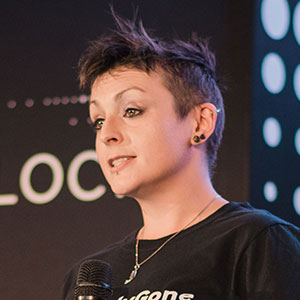 Stop eating your dirty laundry - Our solution to microplastic pollution

Microplastic pollution is a growing problem, gaining attention through bans on microbeads and straws, yet little has been done about the largest contributor, microfibres.

Stop eating your dirty laundry - Our solution to microplastic pollution

Microplastic pollution is a growing problem, gaining attention through bans on microbeads and straws, yet little has been done about the largest contributor, microfibres. These tiny, plastic threads are released during the washing of synthetic textiles (such as polyester or fleece, spandex, nylon, and more) and pollute waterways around the world. Chemicals such as pesticides, PCBs, BPA, and persistent organic pollutants stick to these plastics and increase in concentration as they move up the food chain. These contaminants have been linked to developmental delays, diabetes, and cancers. Not only are these toxin-coated plastics harming sea life, but microfibres have been found in 83% of the world’s tap water, as well as in bottled water, honey, salt, and beer. We are all consuming some really dirty laundry.

PolyGone Technologies is developing products that capture microfibres before their release and before they enter our food and beverage. PolyGone Sheets can be tossed into the washing machine with your laundry, easily cleaned, and reused. PolyGone Filters are filter attachments designed for the washing machine or other industries. We hope that this filter can even be installed at the washing machine manufacturer, making it even easier for the average person to prevent the release of microfibres. Industrial applications include wastewater treatment, drinking water filtration, beverage processing, or aquaculture. These filters will be customized to the given business’ needs.

We utilize sustainable materials, and have already been able to prevent the release of 95% of microfibres released. As most municipalities cannot recycle microfibres, collected fibres can be returned to us for proper recycling or reuse. Returned microfibres will be rewarded with a discount on a future purchase.

Our approach is necessary as synthetic textiles dominant the fibre market, making up two-thirds of the average wardrobe. Synthetics are too prevalent to be banned, thus microfibres must be captured before they enter waterways and before they enter our bodies. Limited research exists for this emerging issue. We have the ability to test and detect microfibre emissions and have the technology to reduce those emissions. We can help consumers and businesses track and reduce their microfibre emissions, providing added value for environmentally minded individuals and brands, and saving everyone from consuming plastics. 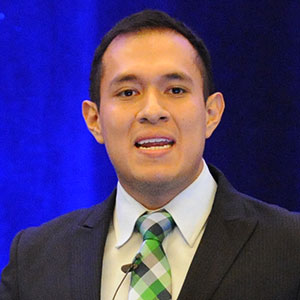 Management of wastewater and organic waste with the use of insects

We transform wastewater and organic waste into sustainable products using insects. In Mexico, it is estimated that 60% of domestic and agri-food wastewater is released to aquatic bodies without any treatment, while 30% of all food is wasted.

Management of wastewater and organic waste with the use of insects

We transform wastewater and organic waste into sustainable products using insects. In Mexico, it is estimated that 60% of domestic and agri-food wastewater is released to aquatic bodies without any treatment, while 30% of all food is wasted. Without a doubt, this problem poses several problems to the environment and public health.

The traditional solution for both problems, anaerobic decomposition through biodigesters, septic tanks and hermetic fermenters, has proven to be inefficient, dangerous and even counterproductive, since the methane produced, a smothering greenhouse gas, regularly escapes into the atmosphere while the liquid waste called biodigestado or biol, often ends up contaminating aquifers. However, in CPlantae we have developed an innovative method of supra-recycling (upcycling) that takes advantage of the metabolism of two insects: the red worm and the black soldier fly.

Two endemic insects from America, the red worm (Eisenia foetida) and the black soldier fly (Hermetia illucens) are able to feed on organic waste and biodegradable wastewater, converting them into tissues rich in protein and fats, a process optimized over millions of years. evolution. Instead of degrading pollutants, we create more complex and valuable products and, in passing, we treat wastewater.

Our innovative wastewater and nutrient system optimizes the productivity of these two insects by imitating a rain forest ecosystem in a container, generating three outputs:

Our system, in patent process, has been successfully replicated in 4 states of Mexico: Tlaxcala, Puebla, Chiapas and Quintana Roo. soldier fly (Hermetia illucens) are able to feed on organic waste and biodegradable wastewater, converting them into tissues rich in protein and fats, a process optimized over millions of years. evolution. Instead of degrading pollutants, we create more complex and valuable products and, in passing, we treat wastewater. 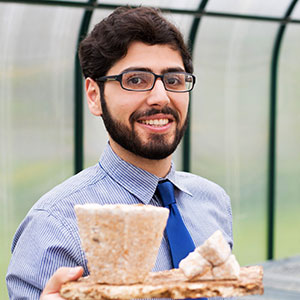 My business idea is called Future Fungi and it focuses on solving the plastic trash disaster issue across the planet by introducing a new environmental-friendly material.

My business idea is called Future Fungi and it focuses on solving the plastic trash disaster issue across the planet by introducing a new environmental-friendly material.

Mushroom spores, are added to waste products such as sawdust and grown into marketable items using mushroom roots, also known as mycelium. These grown material will go through a modeling and baking stage to create the desired product. Unlike plastic and styrofoam items that are non-biodegradable, Future Fungi’s products are 100% biodegradable and can be added to compost pile or farm land soil. Also, they have unique qualities such as shock absorbent and fire retardant which are superior when compared to plastic.

Future Fungi has received a provisional patent for this process and has successfully created first stage prototypes of eco-friendly packing peanuts, cups/planting pots and panel only using mushroom material with natural waste products. These prototypes were presented to Senators and House District members of the state of West Virginia, USA during the 15th Annual Undergraduate Research Day at the Capitol in February 2018 at Charleston, WV, USA.

Plastic trash takes a very long time to biodegrade, ranging from 100 – 650 years for just a small piece of plastic to be broken down by the nature. This process takes more than a human life time and the main problem is that we just have too much of it. We use plastic in many ways in our lives and unfortunately the majority of them are for one time use such as plastic bags or styrofoam coffee cups. During a research done by Institute for Sustainable Communications, just in the U.S. 2.5 million plastic bottles are used everyday from which only 1 – 2% will be recycled by the end of each year. The rest of 98% of these plastic trash material will be either dumbed in the landfills or thrown into the lakes, rivers, sea and eventually into the ocean. It takes hundreds of years for plastic trash to degrade on land but in water, it will stay there for thousands of years. In fact, in the North Pacific ocean there is an area the size of Turkey with only floating plastic rubbish which is estimated more than 300,000 miles squared. These material are showing their negative outcome in wildlife, living organisms in the sea and will eventually make its disastrous way back to us humans.

I believe that we are in need of a new recyclable material, something that would have the similar qualities as plastic but at the same time not damaging the ecosystem. I am certain that mushrooms will play a beneficial role to solve this global problem.

During my scientific researches on mushroom material, I have learned about the unique qualities of mushroom roots which are also known as mycelium. It will bound over natural material and grows on them like an intertwined network of webs. Future Fungi is using mushroom mycelium and waste products to grow items instead of manufacturing. Waste products which are rich in fibrous materials such as sawdust or wood chips are useful options for this process. Mushroom spores are added to the waste products and through a molding and baking process will turn into marketable items.

Some key factors of an item processed through these steps are that they will be very lightweight, shock absorbent, fire and water proof. In fact as of now we do not have a product on the market that has all of these qualities at once. Also, one of the most important aspects is the biodegrading stage. Once these grown materials have served their purpose, they could be broken down into smaller pieces and added into the soil to naturally biodegrade. This biodegrading step not only speeds up the naturally recycling stage but also adds lots of nutrients to the soil which can be potentially used as a natural fertilizer on the farm land.

So in short, Future Fungi is adding value to waste products such as sawdust by adding mushroom spores and creates marketable items with unique qualities through molding, growth and baking stages. Once the products are used they will go back into the nature and soil as a nutritional fertilizer through a biodegrading stage.

We are solving a global problem and empowering natural resources at the same time. 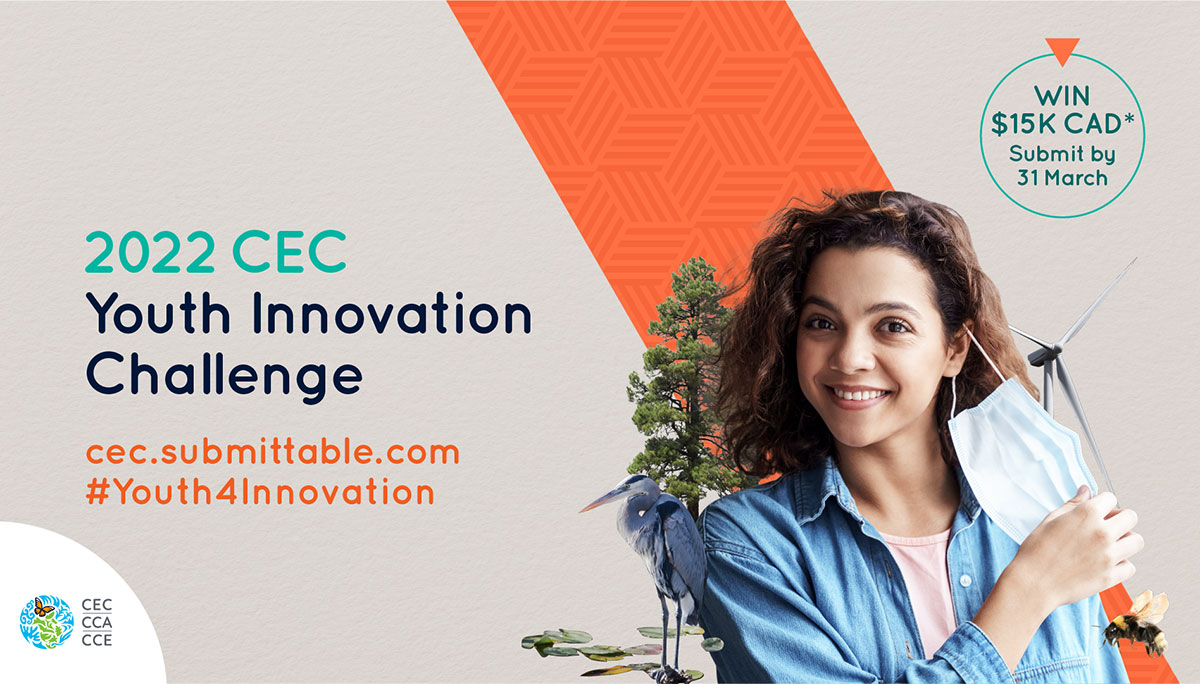 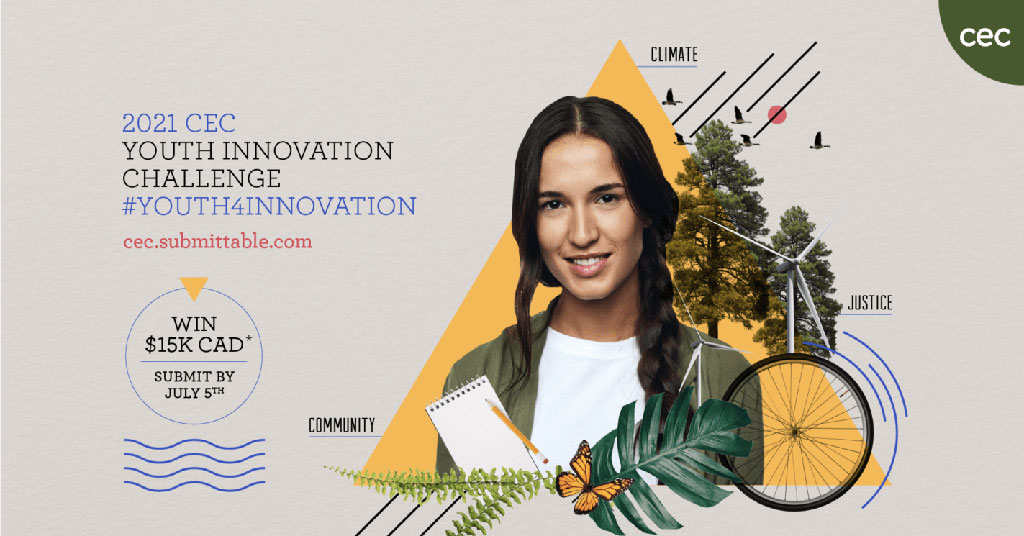 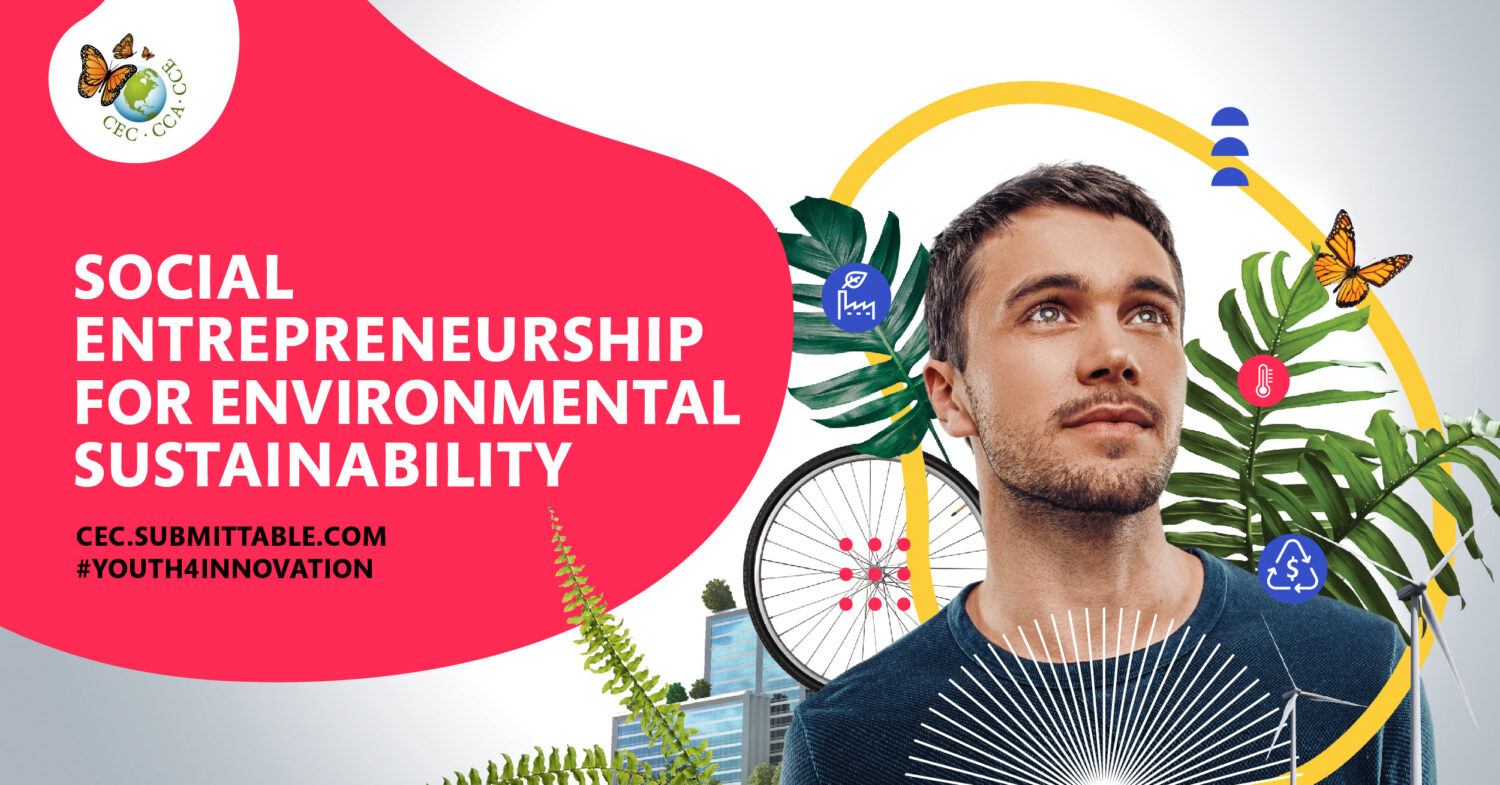 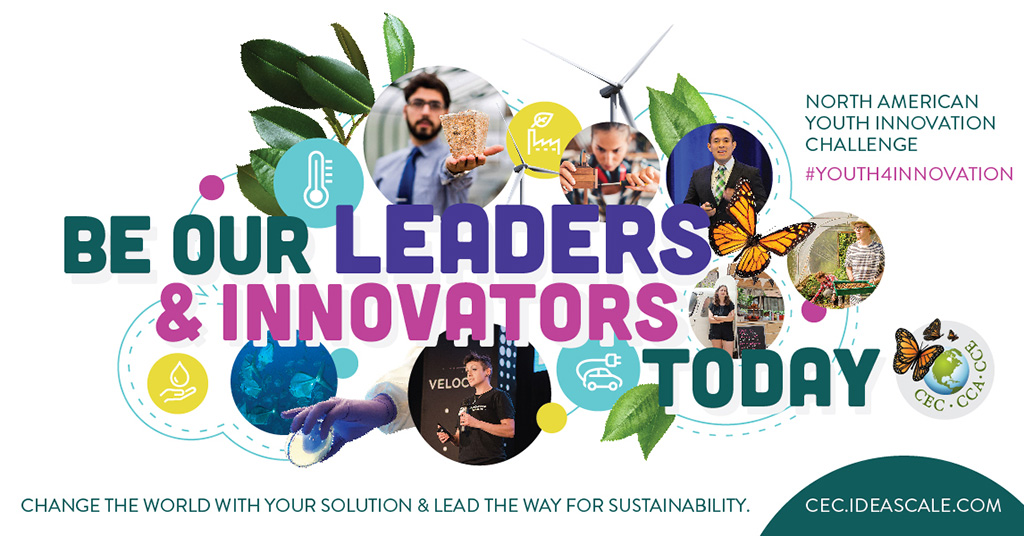 Be our Leaders and Innovators Today! 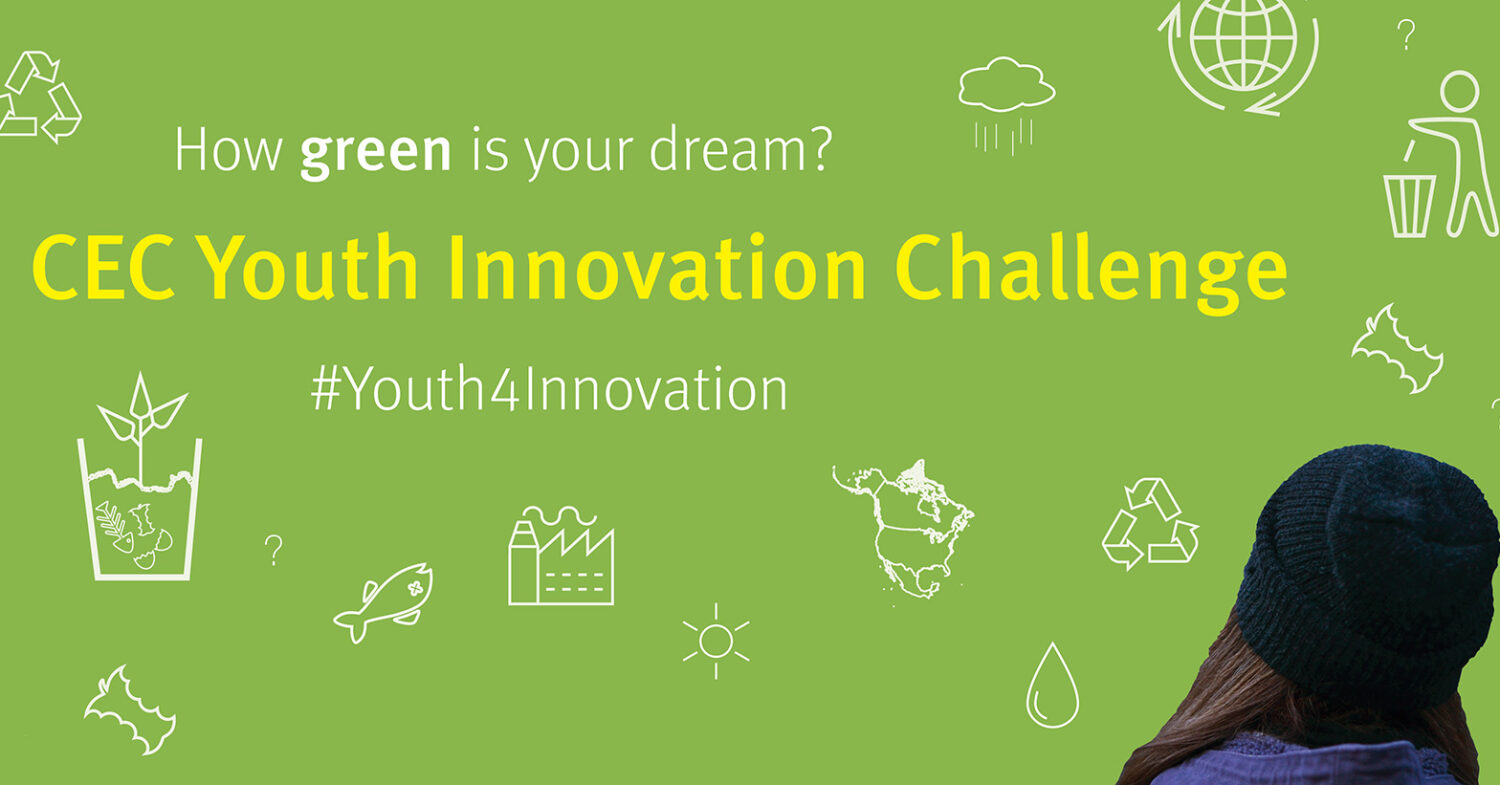 How green is your dream?