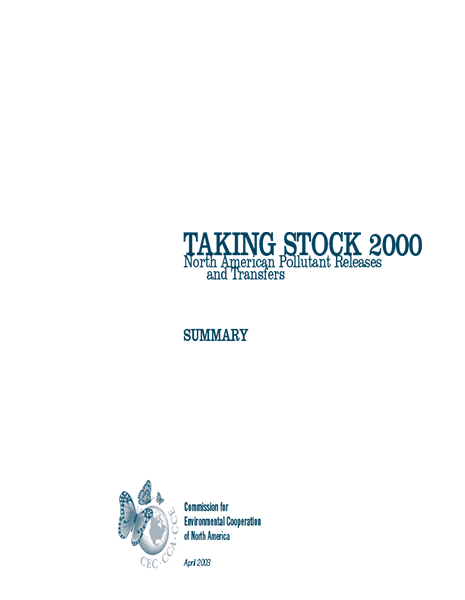 Each year, thousands of facilities across North America publicly report on the amounts of certain hazardous chemicals that they release to the air, water and land, or transfer off-site for further management. This information is compiled in what are internationally known as pollutant release and transfer registers (PRTRs)— databases managed by governments as a means of ensuring that the public has access to information on chemicals being released and transferred into and through their communities.

Sometimes we hear about these facilities in the news and through reports such as Taking Stock, the CEC’s annual assessment of comparable North American PRTR data. The facilities that are releasing the greatest quantities are usually the ones that catch our attention. In response to this public attention, and through a variety of corporate stewardship initiatives, many of these top polluters are gradually improving their performance. This year’s Taking Stock shows that the top-ranking facilities, as a group, are making progress in reducing their releases and transfers of the some 200 chemicals for which comparable data exist between the Canadian and US reporting systems (comparable Mexican data are not yet available). While these top-ranked facilities still dominate the numbers in terms of amounts of pollutants released and transferred, their total releases have dropped by six percent from 1998–2000.