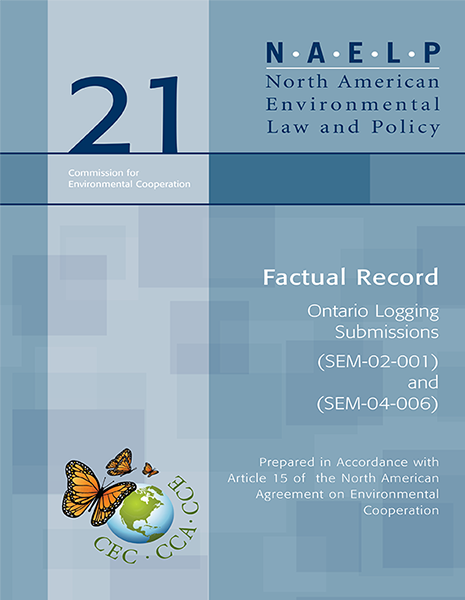 In March 2004 and April 2005, respectively, pursuant to Council Resolutions 04-03 and 05-04, the CEC Council instructed the Secretariat to prepare a factual record with respect to the alleged failure by Canada to effectively enforce s. 6(a) of the Migratory Birds Regulations (“MBR”) adopted under the Migratory Bird Convention Act, 1994 in regard to clearcut logging activities carried out from 1 January to 31 December 2001, particularly with respect to the migratory bird nesting season, in fifty-three (53) forest management units located in central and northern Ontario. S. 6(a) of the MBR makes it an offence, among other things, to disturb, destroy or take a nest of a migratory bird without a permit. Under the MBR, permits may only be issued for limited purposes such as scientific research