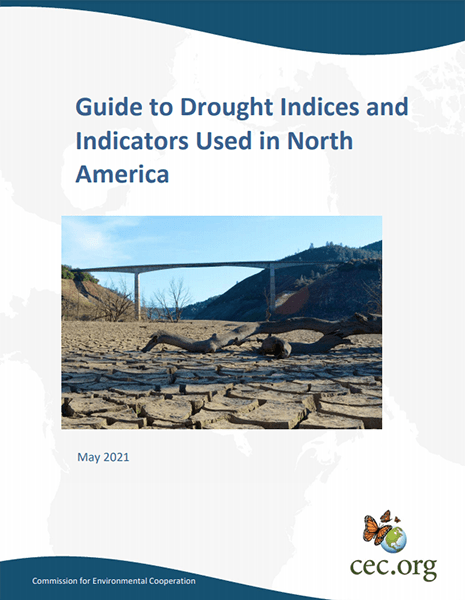 The objective of this study was to improve the ability of regional and local decision-makers and communities to monitor and prepare for drought conditions through the development of a guide to locally relevant indicators for North American climate regions. Data were collected through an online survey that asked a series of questions on respondents’ experiences with drought in their geographical areas. A key series of questions queried the effectiveness of different drought indicators. Responses were analyzed to determine—according to the survey respondents—the most effective drought indicators for short-term and long-term drought in specific North American Köppen climate zones. Online webinars in English and Spanish were held to contribute additional information.

Almost all participants reported their areas of responsibility had experienced drought in the past 10 years, and most indicated that drought was typically less than six months in duration. For most climate zones, respondents indicated that indicators do not perform equally well across their respective geographical areas or across different seasons. Soil Moisture was the only indicator considered to be very effective in every climate zone. Six others were found to be very effective in most, but not all climate zones: Percent of Normal Precipitation, Standardized Precipitation Evapotranspiration Index, Standardized Precipitation Index, Crop Status, Reservoir Storage and the United States Drought Monitor.

The information gathered on the effectiveness of drought indicators was compiled into a series of tables and charts that provide an informal guide to the most appropriate indicators for monitoring drought in North American climate zones.