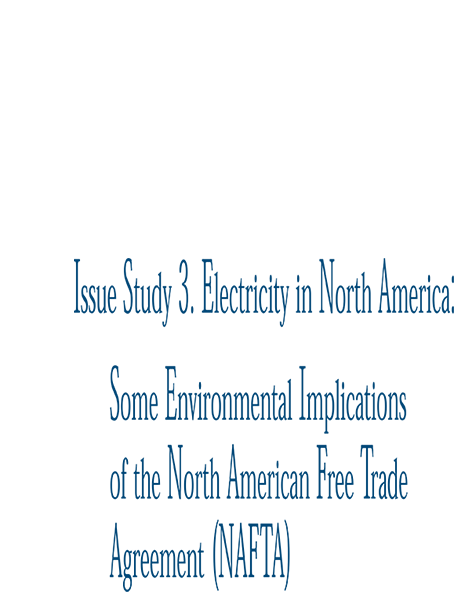 The purpose of this study is to consider the environmental implications of expanded North American trade and investment under NAFTA by implementing a general framework developed by the Commission for Environmental Cooperation’s (CEC) NAFTA Effects Project. The scope of the study is sectoral, focusing on the generation of electricity by private and publicly owned entities in Canada, Mexico and the United States. It includes the upstream industries that provide the major fuel sources from which electricity is generated in North America, notably coal, natural gas and hydroelectricity. It also considers downstream processes of consumption for industrial, commercial and residential pur-poses, and some relevant industries.