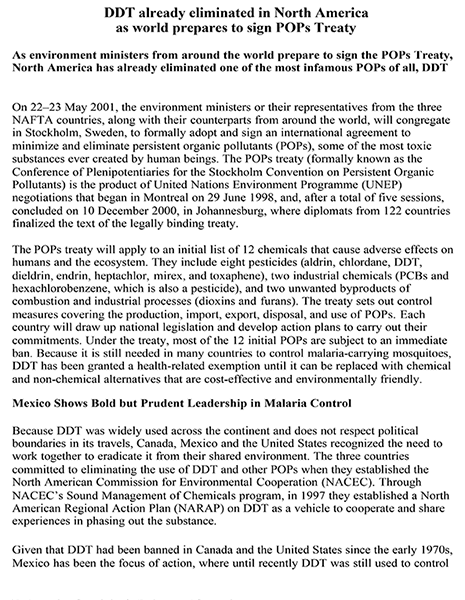 On 22-23 May 2001, the environment ministers or their representatives from the three NAFTA countries, along with their counterparts from around the world, will congregate in Stockholm, Sweden, to formally adopt and sign an international agreement to minimize and eliminate persistent organic pollutants (POPs), some of the most toxic substances ever created by human beings. The POPs treaty (formally known as the Conference of Plenipotentiaries for the Stockholm Convention on Persistent Organic Pollutants) is the product of United Nations Environment Programme (UNEP) negotiations that began in Montreal on 29 June 1998, and, after a total of five sessions, concluded on 10 December 2000, in Johannesburg, where diplomats from 122 countries finalized the text of the legally binding treaty.