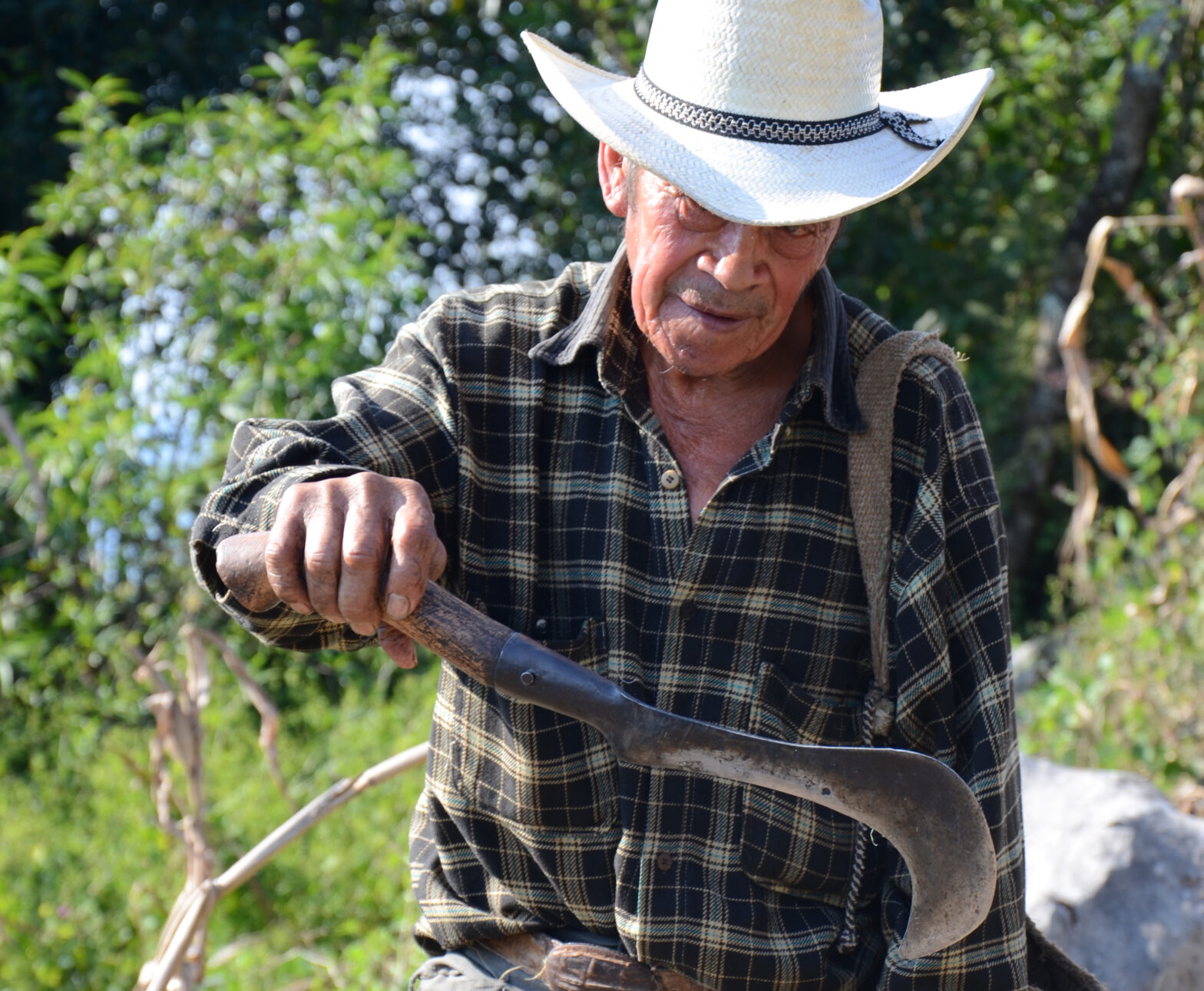 Mexico is a country of great cultural and biological diversity, with indigenous groups, communities and peoples and a wide variety of landscapes making Mexico a place of enormous wealth.

However, this biocultural heritage is being lost. The high rate of population growth, coupled with poor farming and forestry practices, have led to the loss of ecosystems at an alarming rate. The population inhabiting these places has also undergone severe marginalization, as well as major gaps in education, lack of access to adequate nutrition, hunger, lack of access to health services and inadequate living conditions in general.

The Municipality of Huehuetla in the State of Hidalgo is located in the Otomí-Tepehua indigenous zone, with a landscape dominated by mid-tropical woodlands and cloud forest; however, activities such as stockbreeding and the non-sustainable use of forests has led to growing marginalization, making it necessary to implement environmentally friendly ecotechniques in line with local customs and practices, to join market capabilities with other municipalities, with a focus on gender equity.

Given this scenario, and before the damage becomes irreversible, it is necessary to revisit the idea of brining sustainable development and support to these communities through environmentally, economically and socially sustainable projects, since the optimum development of indigenous peoples can be achieved solely by strengthening community ties.

Despite its biocultural wealth, the area is known as a highly marginalized region, according to CDI-UNDP 2010 socioeconomic indicators. With 38.28% of its population living in extreme poverty and with deficient diets, Huehuetla is listed as one of Mexico’s most marginalized municipalities.

Build capacities and model strategies enabling the sustainable use of resources through activities that foster the conservation of biodiversity and the resilience of woodlands and tropical forests, in order to preserve flora and fauna.

Combat and mitigate hunger in the municipality’s communities.

Work with six communities in the municipality.

Create six greenhouses, one in each community. These greenhouses will be adapted to produce a range of food intended for own consumption and for sale and barter in traditional markets.

Organize 18 workshops on ecotechniques and techniques for sustainability, allowing us to train the participating members of the communities.

Create six reforestation teams, each with the objective of planting at least 1,000 native trees, to combat deforestation and soil degradation.

Get Huehuetla off the list of the municipalities with the most extreme poverty in the state and country.

Train and instruct the participating population on the building of greenhouses and rainwater catchment systems, by working together.

Train and instruct the population on activities such as farm production and the ecotechniques to be used in the project, as well as promoting sustainability and community development.

Create six greenhouses, one in each participating community, to produce 100% organic food for own consumption and for sale in traditional markets.

Create six native plant reforestation teams, each of which would have the goal of planting at least 100 trees.

Make Huehuetla a self-sustaining municipality that protects human rights, using international indicators to get off the list of the country’s most marginalized municipalities, seeking to reduce the 38.28 percent of the population currently in extreme poverty to less than 20 percent.

Have the people of Huehuetla change their current habits and lifestyles with respect to the environment, i.e., to have them understand why it is not right to cut down trees without moderation and why the preservation of biodiversity would substantially improve their quality of living.

Reforest 20 hectares and instill the population with the necessary knowledge to keep preserving their woodlands.

Provide equipment (six greenhouses) to communities to allow them to produce nutritional food for consumption and sale, thereby engaging in a sustainable activity with a focus on gender equity, while respecting the customs and practices of the indigenous population.

Directly train a significant part of the population (at least 300 people), indirectly training 6,000 people, to ensure the viability of this large-scale project.