SeaChange Marine Conservation Society’s mission is marine education, conservation and restoration of nearshores within the Salish Sea in collaboration with coastal communities in British Columbia, Canada. 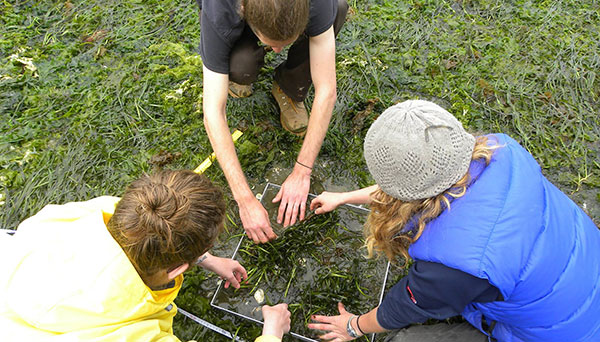 The Traditional Territory of the Tseycum First Nations of Roberts Bay and Tsehum Harbour is located in what is now known as Sidney, BC, Canada on the northern end of the Saanich Peninsula. The shores of these two culturally significant areas have lost vast areas of marine nearshore habitat and biodiversity from years of development and resulting impacts. Social and ecological consequences of broken ties between communities and in traditional cultural practices need to be restored as much as possible during climate changes, which are increasing annually. Fundamental to that recovery is forming a baseline of knowledge of what lived in these two bays before the impacts. Use of Traditional Ecological Knowledge in combination with Western technical science will create a baseline of cultural and ecological information that will inform present and future conservation and restoration actions.

Environmental and Community Benefits from this project are presenting a longer-range perspective on the meaning of ecological baselines used for restoration of shorelines, and, potentially, a deeper comprehension by the wider community of what has been the legacy of development performed without an understanding of the cultural history and practices of surrounding Indigenous communities

The Main Beneficiaries of this project are the Tseycum Frist Nations and the wider community surrounding the two sites, including the Town of Sidney. Ultimately, this project could serve as an example of the process that can be undertaken, with respect, for more ecological baselines based both on Traditional Ecological Knowledge and on Western science.