The mission of the Group for the Promotion of Education and Sustainable Development (Grupo para Promover la Educación y el Desarrollo Sustentable, A.C.—Grupedsac) consists of education, training, and actions that contribute to developing sustainable communities and societies. 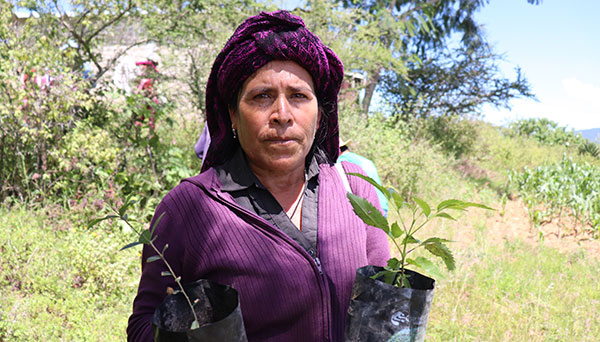 This project responds to the conditions arising from the prevailing social, environmental, and economic inequality in Zapotec Indigenous communities. It will, however, have a somewhat different focus, more centered on the women in the affected villages, whose status is further disadvantaged by poverty and their Indigenous identity. In the last six years, the effects of climate change have endangered the flora and fauna biodiversity which have long sustained nutrition and traditional ways of life in these communities, especially in relation to women. Water shortages (sources are scarce or erratic) and droughts (often persistent) are endemic in the region. Moreover, soil erosion is an issue, as is habitat loss affecting species crucial for human subsistence, such as stingless bees, which pollinate wild and cultivated plants essential for food, natural medicines and timber production. The loss of plant cover due to natural factors, such as runoff and wind, is accentuated by goat grazing, which is very extensive in the region. Unfortunately, many highly nutritious species of plants appear increasingly rarely on local families’ tables. In the last three years, this situation has also been aggravated by the massive market penetration of industrialized products.