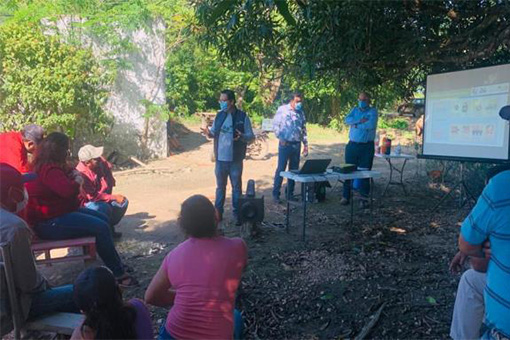 The Usumacinta River Basin has nearly a thousand square kilometers of river plain and the greatest biodiversity of any region in Mexico, as well as the least polluted hydrological system. However, according to the results generated by modeling the expected effects of climate change, this region is predicted to suffer high social and environmental vulnerability due to unusually heavy flooding and extreme droughts.

In January 2019, a workshop was organized with environmental authorities, members of civil society and community representatives from the municipalities in the state of Tabasco located in the Usumacinta River Basin. As that event made clear, the effects of climate change are already evident and not only impact the ecosystem but also human communities, in terms of their safety, health, economies, etc.

This project seeks to strengthen the institutional capacities and community resilience required to confront the effects of climate change via the creation, training and equipping of collaborative networks in two federal protected natural areas (ANPs) in Tabasco, as well as demonstrate, via pilot projects in four municipalities, the functioning of ecotechniques (wood-saving stoves, “water pots” for rainwater collection and stilt house shelters) as a means of adapting to the effects of climate change at the level of communities and families.