This map shows the grasslands priority conservation areas (GPCAs) within North America’s Central Grasslands, an ecosystem considered among the most threatened in the continent and the world.

GPCAs are defined as areas of tri-national importance due to their ecological significance and threatened nature, which are in need of international cooperation for their successful conservation.

In 2004, 55 GPCAs were identified by biodiversity experts through research and a workshop co-organized by the CEC. Details of the initial selection process can be found in North American Grassland Priority Conservation Areas: Technical Report and Documentation, and the CEC publication Grasslands: Toward a North American Conservation Strategy.

In 2010, the GPCAs were updated by the Rocky Mountain Bird Observatory (RMBO) with data from the United States Geological Survey (USGS) on national and international land cover and elevations; habitat, species, priority areas and land cover data from states, universities and nongovernmental organizations; USGS Breeding Bird Surveys (BBS) and Christmas Bird Counts; Rocky Mountain Bird Observatory (RMBO) bird and vegetation surveys; Canadian Wildlife Service (CWS) bird surveys; and from individual researchers.  The details for the revision of each GPCA can be found in Assessment and Revisions of North American Grassland Priority Conservation Areas. 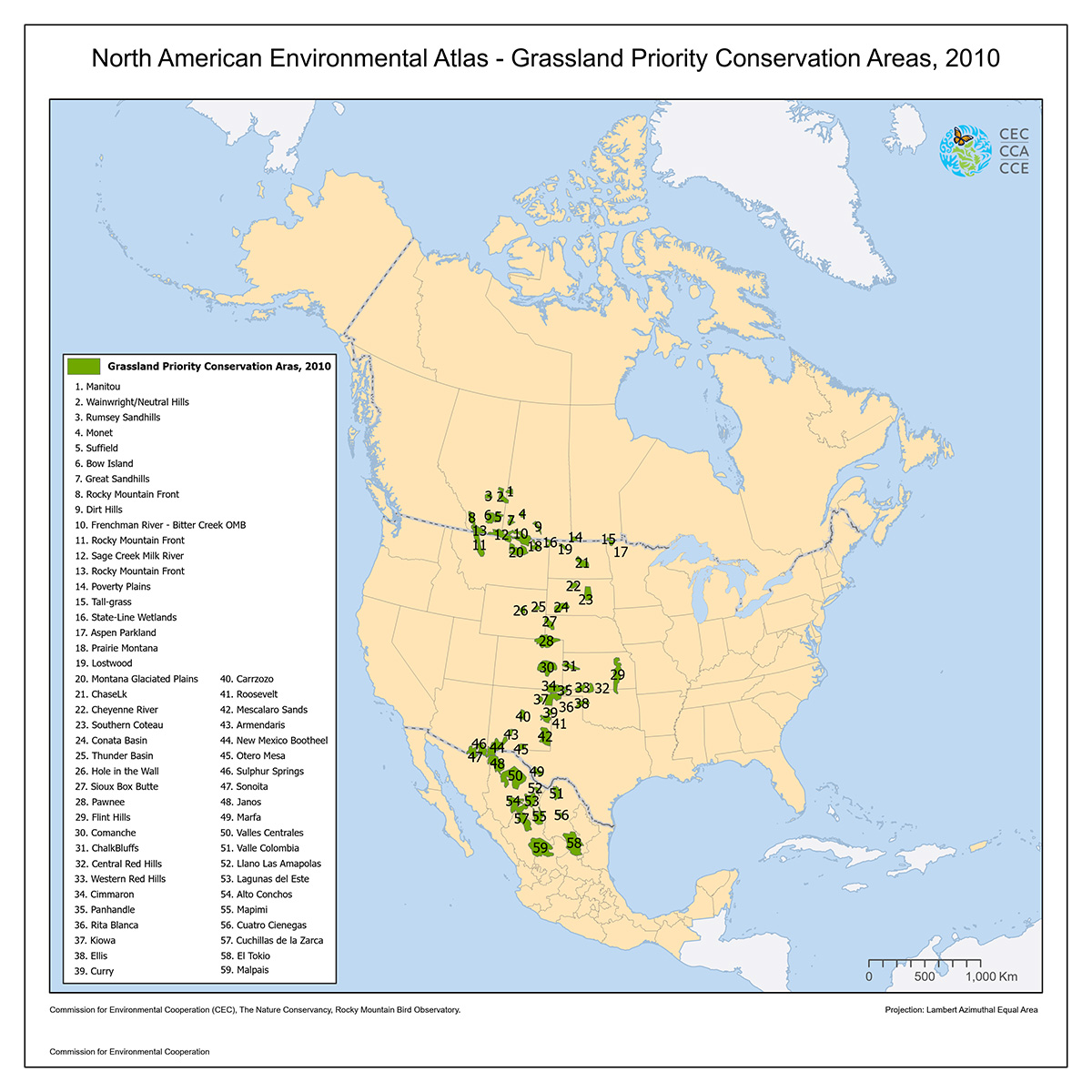