This North American Atlas base layer shows a selection of named populated places suitable for use at a scale of 1:10,000,000.

Places, which refer to individual municipalities, are represented as points. Each point indicates the approximate location of a place, relative to data in the North American Atlas roads, railroads, and hydrography layers.

The selection of populated places was based on local importance (determined by population size), importance as a cross-border point, and, occasionally, on other factors. All capital cities (national, provincial, territorial or State) are included for Canada, Mexico, and the United States of America. 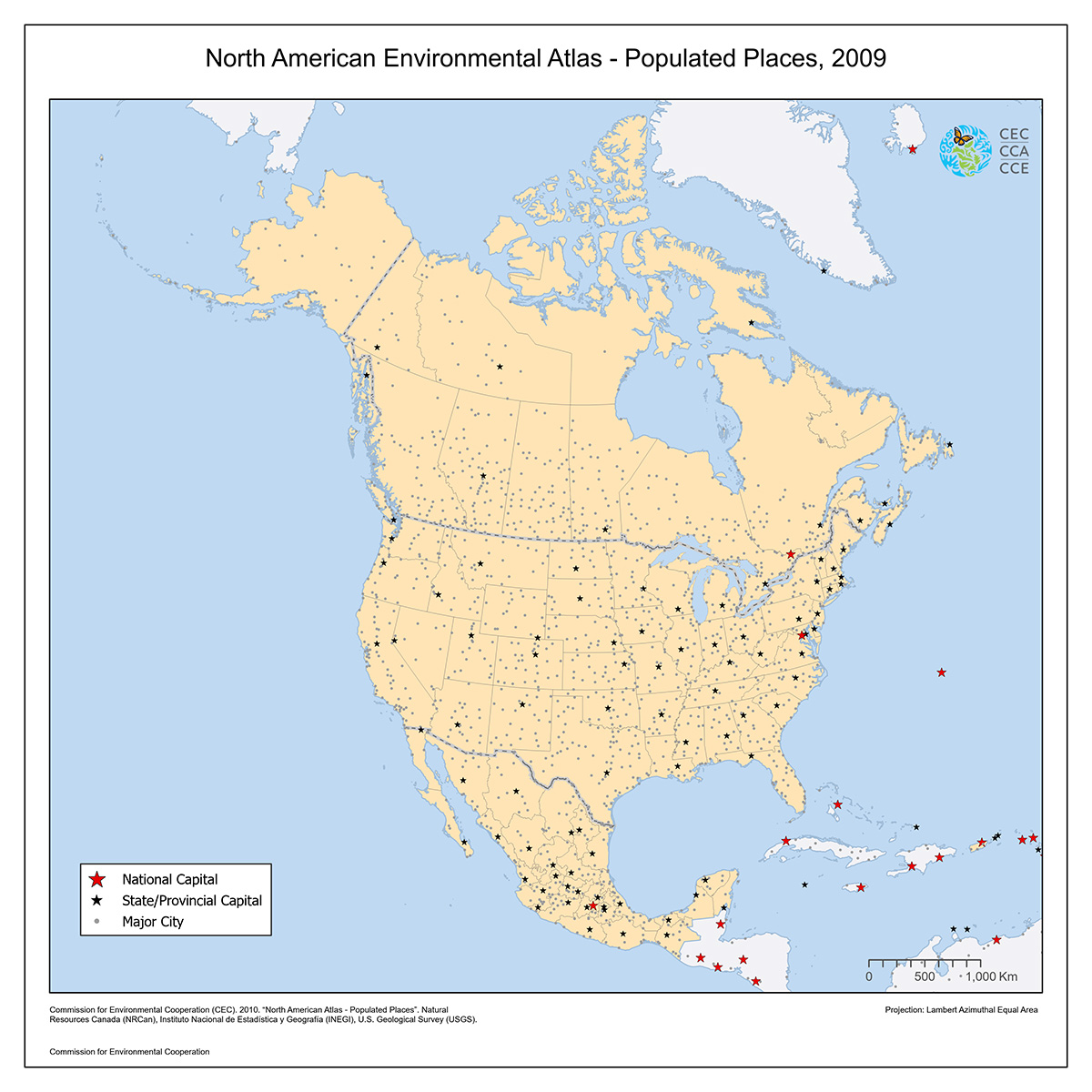