This revised map, which was previously released by the Commission for Environmental Cooperation in 2010, integrates spatial vector information on political boundaries published by each country in 2021. The dataset includes 10 provinces and three territories in Canada, 32 states in Mexico, and in the United States, 48 states and the District of Columbia in the conterminous United States, and also the states Alaska and Hawaii, as well as Puerto Rico and the US Virgin Islands in the Caribbean region. 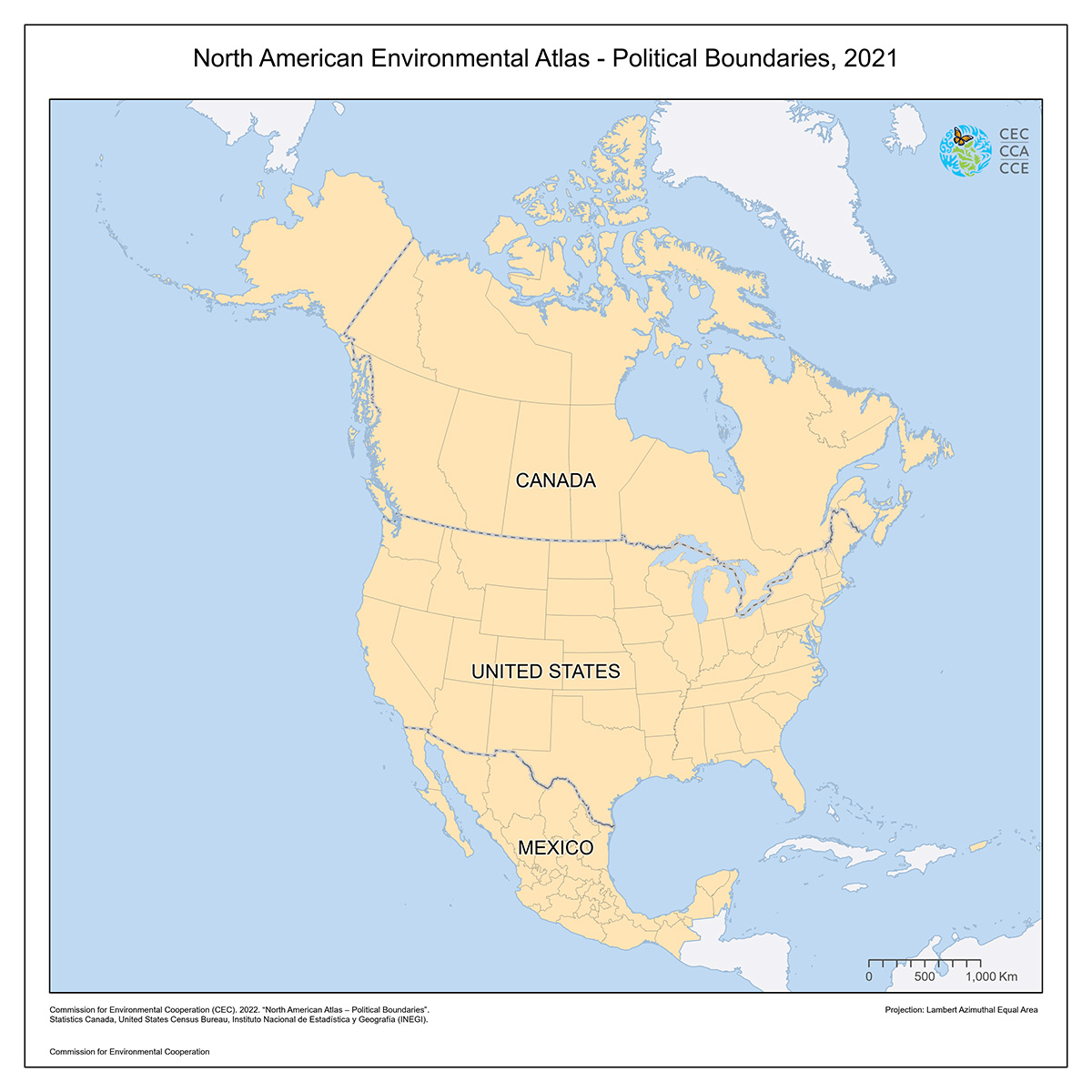