North American Forest regions are defined as areas of broad yet relatively homogenous natural forest vegetation. Area distinctions are also based on precipitation, temperature, and landforms.

The FAO ecological zones are based on a combination of climate (temperature and precipitation) and potential vegetation classifications. They are broad areas of relatively homogeneous vegetation, with similar physical characteristics. Some ecological zones (e.g., temperate steppe) contain limited or no forest; areas are considered forested when they have a 10 percent minimum crown cover. Orchards and other fruit tree plantations used for agricultural production are not classified as forests.

The current update responds to the recent changes in the geometry of the Terrestrial Ecoregions of North America published by CEC in 2021. 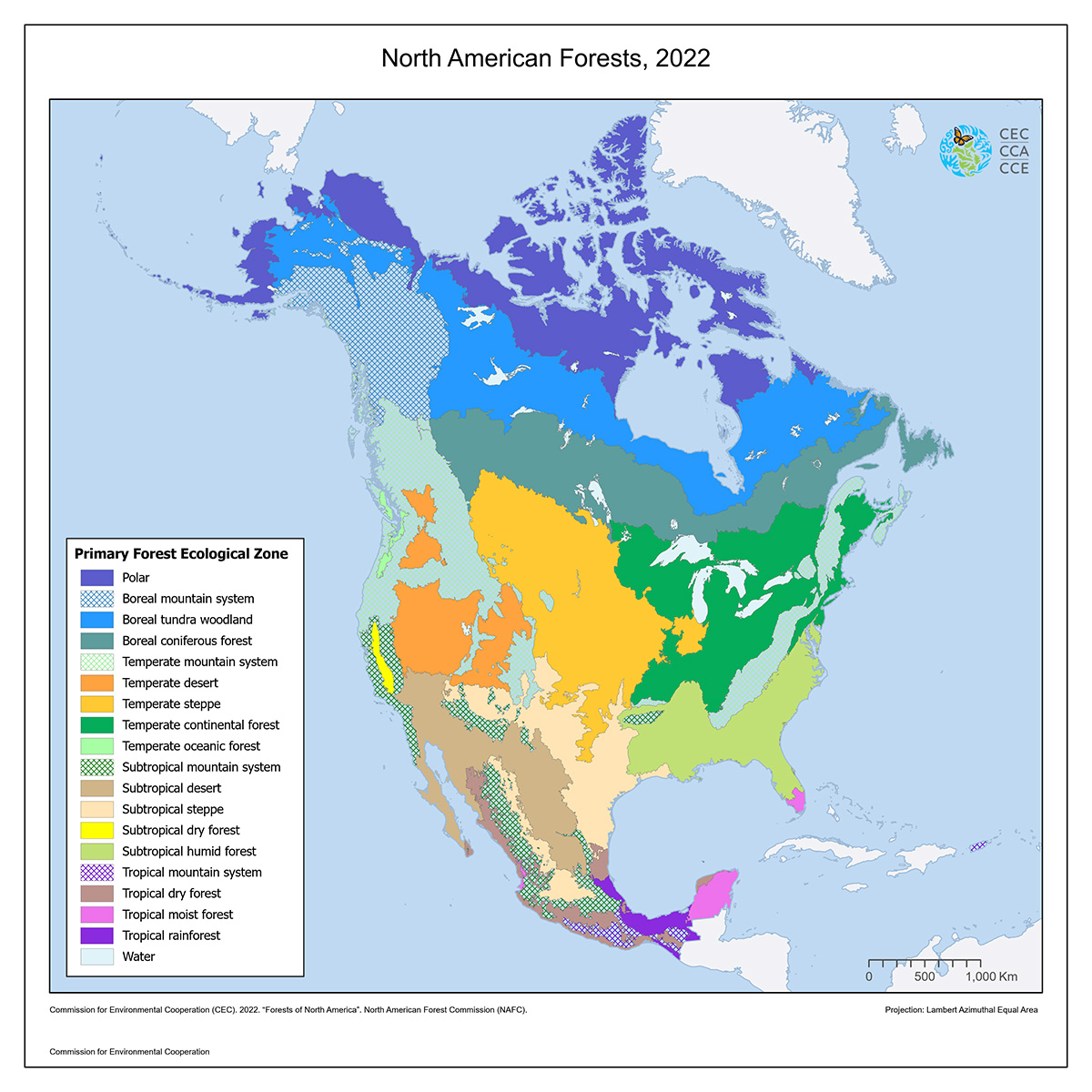