These marine ecoregions are areas of general similarity in terms of physiographic, oceanographic and biological characteristics, which fall within the Exclusive Economic Zones of the North American countries.

These marine ecoregions are constructed as a spatial framework with three nested levels.

The Level I marine ecoregions displayed in this map capture ecosystem differences at the largest scale by grouping together large water masses and currents, enclosed seas, and regions of coherent sea surface temperature or ice cover. 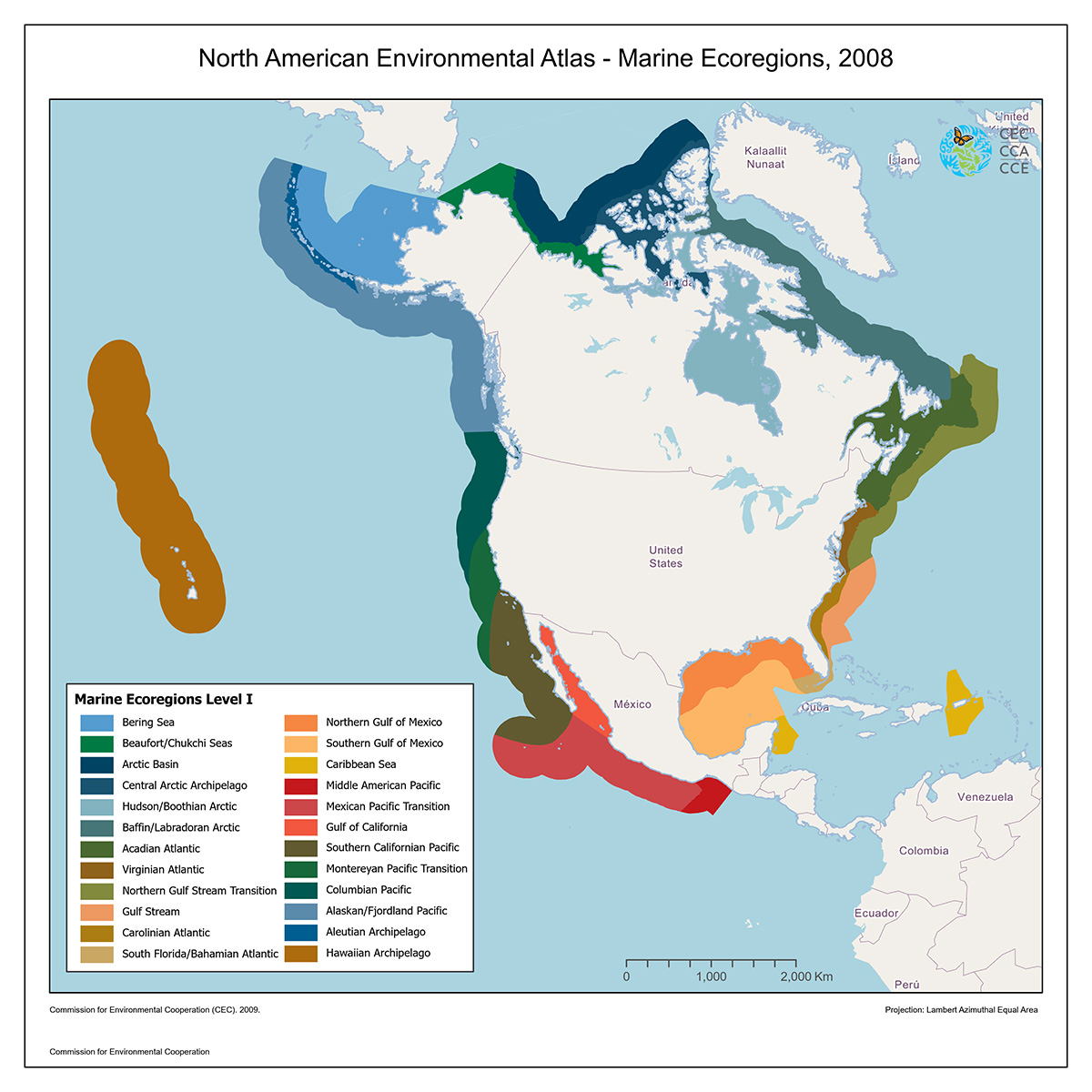