This North American Atlas base layer shows areas of permanent ice found on the North America landmass including Greenland, areas of land found within glaciers, as well as the approximate extent of marine areas in the Arctic covered by permanent polar ice.

No distinction is made between major glaciers, ice fields, and the Greenland ice cap. The only permanent ice shown on land areas outside of North America and Greenland is on Iceland.

The sea ice data originated from the Canadian Ice Service and shows the average minimum ice limit over a 30 year period, 1969-1999. 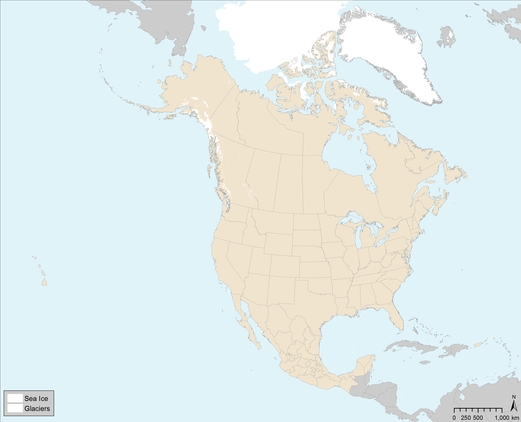