Update on submissions filed with the CEC Secretariat

Montreal, 1 June 2018—The Submission on Enforcement Matters (SEM) process of the Commission for Environmental Cooperation (CEC) is moving forward with submissions that have been filed recently with the CEC Secretariat.

Update: On 19 April 2018, the Secretariat recommended that Submission SEM-17-001 (Alberta Tailings Ponds II) warrants the development of a factual record.

The Submitters assert that Canada is failing to effectively enforce a federal law (the Fisheries Act) concerning the protection of waters frequented by fish “with respect to the leaking of deleterious substances from oil sands tailings ponds into surface water and groundwater in northeast Alberta,” and that effective monitoring and enforcement investigations have not been carried out.

In its response to the Submission, Canada claimed it did not have reasonable grounds to believe that there was a violation of the Fisheries Act based on the reasoning that its officers were unable to differentiate whether the source of deleterious substances in bitumen-influenced groundwater samples was anthropogenic in origin or naturally occurring.

After a review of Canada’s response, the Secretariat issued a determination which noted that Canada did not provide any information about why available enforcement tools aimed at gathering additional information were not considered by Canadian authorities. Finding that central questions remained open about the effective enforcement of the Fisheries Act in Canada, the Secretariat recommended that the Council authorize the development of a factual record.

The Council is expected to vote on whether or not to instruct the Secretariat to prepare a factual record by 20 July 2018.

Update: On 3 May 2018, the Secretariat received comments from Mexico on the draft factual record.

Submission SEM-16-001 (Agricultural Waste Burning in Sonora) asserts that Mexico is failing to effectively enforce its municipal air quality laws in relation to the burning of agricultural waste in Caborca, Sonora.

Update: On 18 May 2018, the Secretariat received a response from the government of Mexico concerning Submission SEM-18-001 (Transboundary Agricultural Burning).

The Submitter, a resident of the Tohono O’odham Indian Nation in Arizona, asserts that drifting smoke from agricultural burning in Mexico is causing adverse health effects among community members in contravention of Mexican environmental laws.

Update: On 1 May 2018, the Secretariat found that submission SEM-18-002 (Mexico City Metrobús) warrants a response from the government of Mexico.

The submission asserts that Mexican federal authorities, the government of Mexico City, and three of its boroughs are failing to effectively enforce environmental laws pertaining to environmental impact assessment, public participation, and management of trees and vegetation relating to the construction of a rapid transit bus line connecting several boroughs of Mexico City and running through the Chapultepec forest.

The Secretariat recently released a report which provides a snapshot of the status of active submissions and summarizes the history of all submissions filed with the CEC, including their disposition by the Secretariat and the Council. 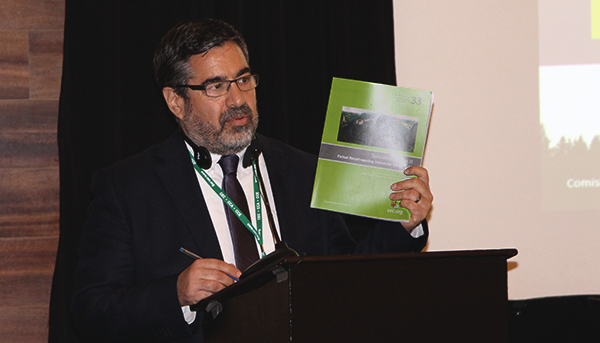