Montreal, 27 February 2017—The Commission for Environmental Cooperation (CEC) welcomes Scott Pruitt as a new member of its Council.  Pruitt was confirmed on 17 February 2017 as the 14th United States Environmental Protection Agency (EPA) Administrator.

Scott Pruitt most recently served as the Attorney General for the state of Oklahoma. Before being elected attorney general, he served eight years in the Oklahoma State Senate.

“We welcome Administrator Pruitt to the CEC Council,” said CEC Executive Director César Rafael Chávez. “The CEC Secretariat will work actively with him, as well as with Secretary Pacchiano and Minister McKenna, to support the Council in advancing the environmental priorities of the three countries.”

As the governing body of the CEC, the Council is composed of the highest-level environmental authorities (cabinet-level or equivalent) from Canada, Mexico, and the United States. The Council oversees the implementation of the North American Agreement on Environmental Cooperation (NAAEC) and serves as a forum for the discussion of environmental matters within the scope of the Agreement. 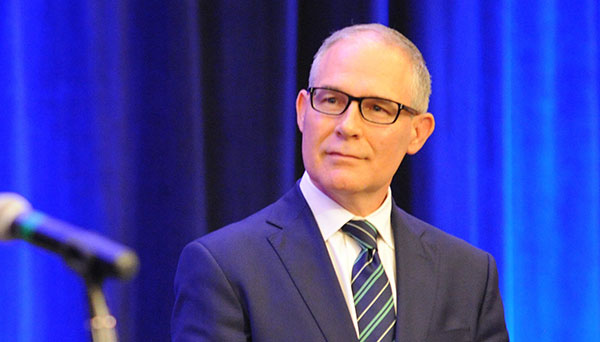