Save the Date: 27–28 June, Regular Session of the Commission for Environmental Cooperation’s governing Council in Charlottetown

Montreal, 10 January 2017—On 27–28 June 2017, Canadian Minister of Environment and Climate Change Catherine McKenna will host her counterparts from Mexico and the United States in Charlottetown, Prince Edward Island, for the annual Regular Session of the Council of the Commission for Environmental Cooperation (CEC).

The Council, the CEC’s governing body composed of cabinet-level environmental authorities from Canada, Mexico, and the United States, meets each year in regular session to discuss their shared priorities for environmental cooperation in North America. Mexico’s Secretary of Environment and Natural Resources Rafael Pacchiano Alamán and the newly appointed Environmental Protection Agency Administrator will be invited to join Minister McKenna for this June’s Council Session.

This year’s meeting will feature a public forum on June 27, hosted by the CEC’s Joint Public Advisory Committee (JPAC), to obtain feedback on North American environmental issues. The Council Session on June 28 will include a public session headed by the three environment ministers. It is open to the public and will be webcast live at http://www.cec.org/webcast.

Additional information and preregistration forms will be available at www.cec.org in March. 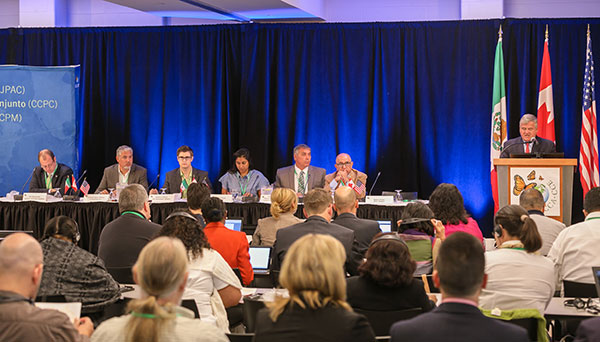