Montreal, 5 July 2019—The Council of the Commission for Environmental Cooperation (CEC) today announced the appointment of Richard A. Morgan as the ninth Executive Director of the CEC Secretariat.

Richard A. Morgan is a former Commissioner for the International Joint Commission (IJC). During his time at the helm of the Canadian section of the IJC, he was responsible for overseeing projects that affect the level and flow of water across the Canada-US border and investigations of transboundary issues. He has over 30 years’ experience in public affairs, business and government administration in both the public and private sector.

Born in Sherbrooke, Quebec, and raised in Montreal, Richard A. Morgan brings to the CEC a breadth and depth of experience in public policy, international relations and change management. He began his career in the political arena as the executive assistant to the Prime Minister of Canada immediately after graduating in business administration from the University of Ottawa in 1986. He later became Director of Operations in the Prime Minister’s Office, assuming the leadership of large multidisciplinary teams and initiatives and was also responsible for the organization of major international summits.

From 1994 to 2014, Morgan worked as a strategic planning, communications and public affairs executive in management consulting and public relations. He most recently completed a four-year term with the International Joint Commission, where he was appointed by the Government of Canada to serve as Commissioner.

Canadian Minister of Environment and Climate Change Catherine McKenna, as the new Chair of the CEC Council, welcomed Morgan to the position.

“Mr. Morgan is taking on this leadership role as the CEC celebrates its 25th year of successful environmental cooperation across North America. On behalf of the Council, we look forward to working with him to continue to advance environmental and trade priorities, working with governments, local and Indigenous communities, academia, business and youth”, said Minister McKenna.

Richard A. Morgan will succeed CEC Executive Director César Rafael Chávez who concludes his three-year term with the CEC on July 15.  In its 2019 Ministerial Statement, the CEC Council thanked Chávez for his valuable contribution and commitment in leading the CEC Secretariat. 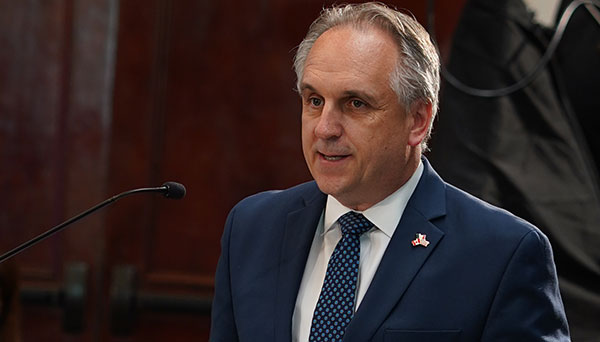 The Council of the Commission for Environmental Cooperation (CEC) today announced the appointment of Richard A. Morgan as the ninth Executive Director of the CEC Secretariat.