Montreal, 1 September 2016—Register by 2 September to attend the 23rd annual Regular Session of the Council of the Commission for Environmental Cooperation (CEC) of North America.

The deadline for in-person participation by the public in the 8-9 September Council session and the open forum hosted by the CEC’s Joint Public Advisory Committee is 2 pm (CDT) on 2 September, due to the limited space available. Only those who have registered by the deadline will be granted access to the meeting site.

This year’s Council session will focus on the role of youth within the work of the CEC, in particular, on ecosystems and climate change, and supporting sustainable communities.

The 9 September Council meeting will include a public town hall session on these topics, featuring the three environment ministers, as well as CEC Executive Director César Rafael Chávez and CEC Joint Public Advisory Committee (JPAC) Chair Lindsay Brumwell. During the Town Hall, the Council will answer questions from members of the public attending the session in-person and those participating online through social media.

Prior to the Council meeting, on 8 September, JPAC will host a public forum on the interlinkages between biodiversity and climate change, with invited experts from the three countries. JPAC is composed of 15 citizens, five from each country. It advises the Council and ensures public participation, openness and transparency in the actions of the CEC. For more information, visit <www.cec.org/JPAC>.

The Council is the CEC’s governing body and is composed of cabinet-level environment representatives from Canada, Mexico, and the United States of America. The Council meets each year in Regular Session on its agenda for environmental cooperation in North America. 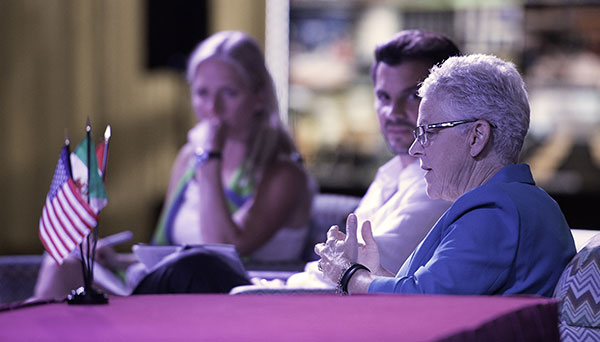