Montreal, 18 August 2022—Today, the Council of the Commission for Environmental Cooperation (CEC) announced the appointment of Jorge Daniel Taillant as its tenth Executive Director.

Jorge Daniel Taillant is a seasoned global advocate for environmental justice and environmental protection. His career spans several decades, working with international development agencies, as an advisor to governments and with civil society organizations in Latin America and around the world promoting innovative approaches to environmental protection, fostering sustainability criteria in international development finance, and by working to promote greater corporate accountability in the area of sustainable development.

He has worked for the last decade to tackle the escalating climate emergency through aggressively reducing the rate of global warming in the short term by phasing out the most intense climate pollutants, such as methane, black carbon and HFCs, while building climate resilience and strengthening adaptive capacity in the most climate-vulnerable and disadvantaged communities.

Mr. Taillant brings to the CEC a breadth and depth of experience in sustainable development, environmental justice, and climate policy through community engagement and public participation.

United States Environmental Protection Agency Administrator Michael S. Regan, member of the CEC Council, welcomed Mr. Taillant to the position. “The selection of Mr. Taillant as the next CEC Executive Director sends a clear message that the governments of Canada, Mexico and the United States are committed to advancing environmental justice and equity as we address the climate crisis and the challenges facing our environment and our communities, particularly the most vulnerable and underserved. We look forward to working with him as we approach our 30th year of environmental cooperation through the CEC.”

Jorge Daniel Taillant will begin his three-year mandate on 22 August 2022. He succeeds immediate past CEC Executive Director Richard A. Morgan, who concluded his three-year term with the CEC on 17 July 2022. In the 2022 Ministerial Statement, the CEC Council thanked Mr. Morgan for his valuable service and contributions in leading the CEC Secretariat. 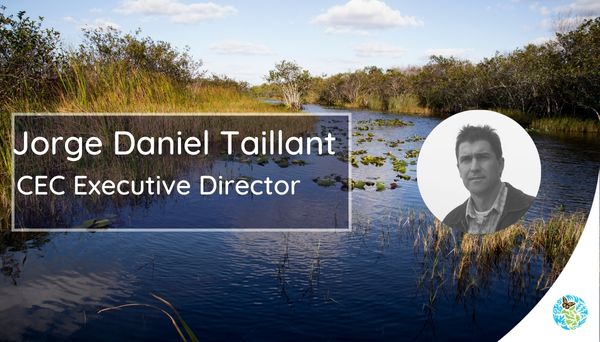