Montreal, 3 February 2017—On 23 March 2017, the CEC’s Joint Public Advisory Committee invites you to join their public meeting, virtually or in-person, to discuss challenges and opportunities for Reducing and managing food and organic waste streams in North America.

Canada, Mexico and the United States produce an immense and increasing amount of food waste, intensifying the impacts of agricultural production, taxing food delivery systems, and increasing the release of methane gas—a greenhouse gas that is over 20 times more potent than carbon dioxide.

Here are some quick statistics on food waste in North America:

Register today to participate in the discussion about this vital topic and about best practices and emerging technologies to address food waste, such as anaerobic digestion, composting, and landfill methane capture. Participants will also analyze current efforts to reduce food waste by North American industrial, commercial and institutional sectors, and participate in a roundtable on overcoming legal and policy barriers.

All feedback received will inform JPAC’s official advice to the CEC Council on reducing and managing food and organic waste streams in North America.

The JPAC meeting is open to the public and free of charge! View the full agenda online at www.cec.org/JPACTuxtla.

Use the hashtag #JPACTuxtla and watch on Facebook Live (www.facebook/cecconnect) or at www.cec.org/webcast, where you can submit questions and send comments to the moderator. 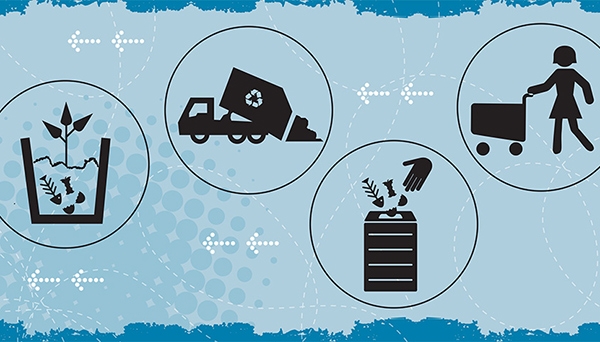