Find a site near you: new website connects communities that care for shorebirds

Montreal, 21 September 2017—The Commission for Environmental Cooperation (CEC) has launched an online resource to support the conservation of migratory shorebirds at key North American stopover sites. By providing detailed data, maps and outreach tools, this new website facilitates information-sharing between communities that steward important sites along the migratory routes of Arctic shorebirds.

Visit the website, Key Migration Sites for Semipalmated Sandpipers and Red Knots, to learn more about two migratory bird species that breed in the Arctic and stop to rest at a select number of sites in Canada, Mexico and the United States during their migration. These sites are important indicators of overall biodiversity health:

Here’s how you can use this new online resource:

In June 2015, Canada, Mexico and the United States approved a two-year CEC project to help implement the Americas Flyway Action Plan as part of the Arctic Council’s Arctic Migratory Bird Initiative. The goal of the CEC project was to improve conservation outcomes for at-risk shorebirds that breed in the Arctic. By partnering with the Western Hemisphere Shorebird Reserve Network, a recognized, community-based conservation effort, this project informed, engaged and connected communities in the three countries that share responsibility for the well-being of these shorebirds.

Building on the results of our 2015-2016 project, the three countries recently approved a new project, Conserving Shorebirds through Community Engagement, as part of its 2017-2018 cooperative work program. 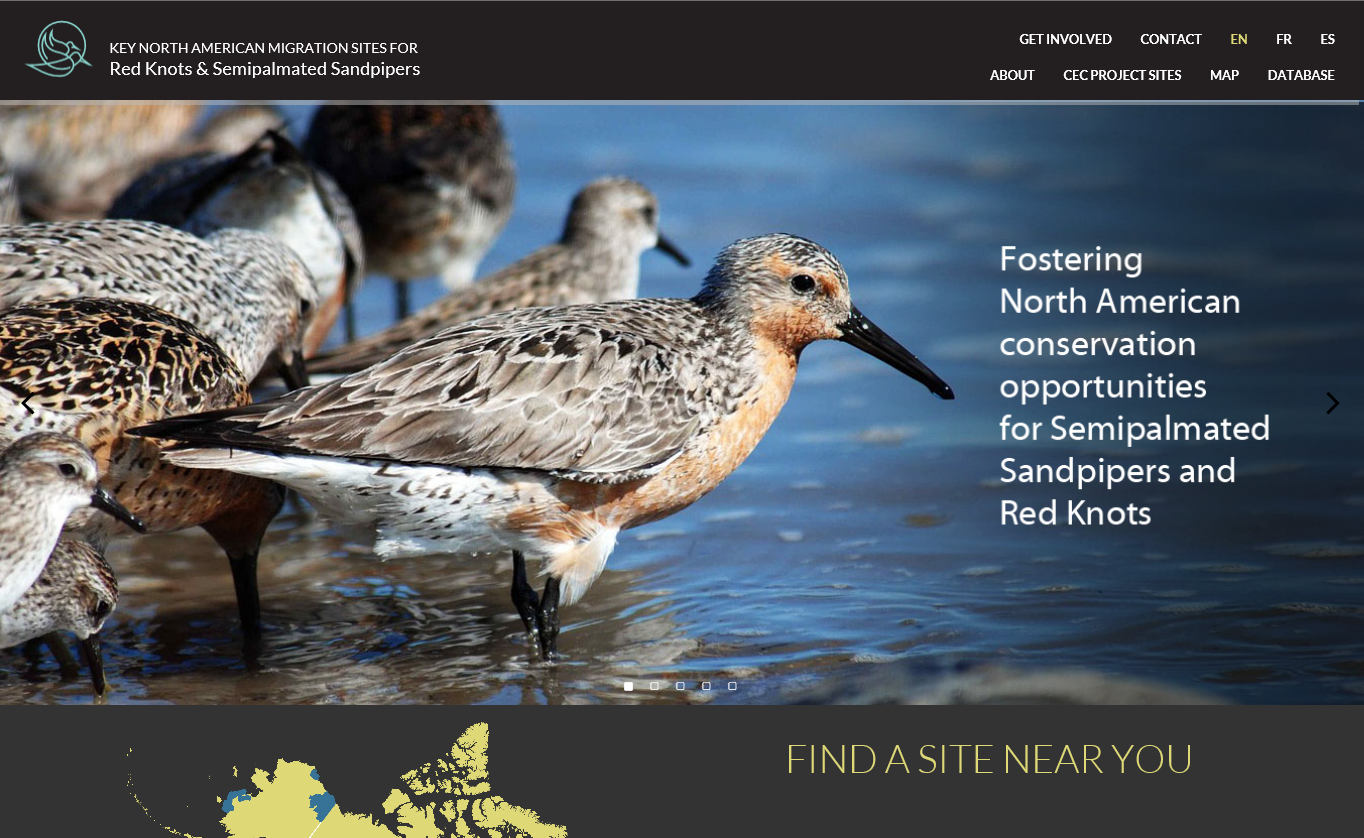