NAPECA supports small, nonprofit, nongovernmental organizations (NGOs) in Canada, Mexico and the United States that work closely with local communities and indigenous groups to create a shared sense of responsibility for stewardship of the environment.

Work on the 21 projects that have been awarded funding will begin in early 2016. Projects span North American’s ecoregions and support communities’ environmental efforts, from Alaska, through Canada’s Western Coastal regions, the Great Lakes and Arizona’s desert in the US, to regions in Mexico such as the sierra Tarahumara and the lush, verdant areas of Oaxaca and Tabasco.

In establishing the NAPECA grant selection criteria, the CEC Council sought to encourage project proposals that would support efforts at the grassroots level, focus on the theme of sustainable communities or urban initiatives, and produce tangible results for local communities.

A trilateral selection committee decided on 21 projects from among more than 500 proposals. The projects selected meet the Council’s strategic objectives to support model environmental initiatives that help build long-term partnerships to improve environmental conditions at the community, indigenous, local and regional levels. They include active community involvement, an emphasis on promoting partnerships, and a sound implementation plan with measurable objectives that can be achieved within the time frame of NAPECA support.

The projects will be conducted by a diverse set of NGOs, environmental groups, community-based associations, academic institutions, and groups representing Tribal nations, and indigenous peoples and communities.

Further information on NAPECA, including details on current and completed projects, can be found at www.cec.org/napeca. 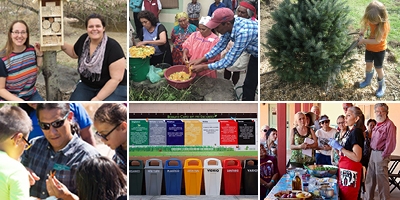