The LEO Network is supporting a unique cross-cultural and trilateral collaboration between Canada, Mexico and the United States. As of today, the LEO Network has seen the roll-out of new user hubs in Victoria, British Columbia, Canada; Yellowknife, Northwest Territories, Canada; and Ensenada, Baja California, Mexico. Each new hub is supported by experts and technical resources that will help members make region-specific observations and identify drivers of environmental change.

Today, those interested in and concerned about the changing environment in North America have the ability to share personal observations around environmental change impacts and discuss them with topic experts in a growing community of indigenous and non-indigenous observers.

“Anybody can join the LEO Network and make an observation. LEO has empowered people to report unusual environmental events immediately from their computer or smartphone. We believe that the expanded network and our new hub partners will bring important perspectives on the impacts of environmental change on our shared ecosystems and biodiversity. That includes the voices of everyday citizens, youth, scientists, and local and indigenous communities across Canada, Mexico and the United States,” says César Rafael Chávez, Executive Director, Commission for Environmental Cooperation.

In the spirit of traditional ecological knowledge, the LEO Network prioritizes the importance of the human connection to environmental observations. It is uniquely equipped to capture the environmental and health impacts on people, including the ability of community members to be resilient and adapt to the effects of these environmental changes. To date, Network members have contributed more than 710 observations of the natural world on the LEO Network platform. Tribal Alaskan communities have catalogued observations of the changing environment—in some cases things that they had already been noticing for generations—including changes observed while members were engaging in subsistence activities such as hunting, fishing and gathering.

“ANTHC created the LEO Network to amplify the voice of our tribal members’ ecological observations in remote communities to our people, leaders, scientists and researchers,” said Andy Teuber, ANTHC chairman and president. “By sharing this Alaska Native solution with the First Nations Health Authority, the Government of the Northwest Territories and El Grupo de Ecología y Conservación de Islas, we hope to improve the resiliency and health of all indigenous people.”

With the platform’s expansion, the reach of the LEO Network broadens even further, allowing for deeper conversations on diverse topics of shared relevance across the North American region—including sea star wasting disease, “the Blob” (a giant patch of warm water in the Salish Sea and other parts of the northern Pacific Ocean), changing salmon migration patterns, and the unusual changes to nesting patterns of marine birds in Mexico due to ecosystem change, to name just a few examples.

The LEO Network expansion is made possible with the partnership of the First Nations Health Authority (in partnership with the University of Victoria), the Government of Northwest Territories, and El Grupo de Ecología y Conservación de Islas, A.C. (GECI).

Anyone can become a LEO Network observer. Add your voice to the LEO Network at www.leonetwork.org.

For more information on the growth and expansion of the LEO Network across North America, visit www.cec.org/LEONetwork.

About the LEO Network

The Local Environment Observer (LEO) Network is a network of local observers and topic experts, who share knowledge about unusual animal, environment, and weather events. For more information, visit www.leonetwork.org.

ANTHC is the largest, most comprehensive Tribal health organization in the United States, and Alaska’s second-largest health employer with more than 2,500 employees offering an array of health services to people around the nation’s largest state. For more information, visit <www.anthc.org>. 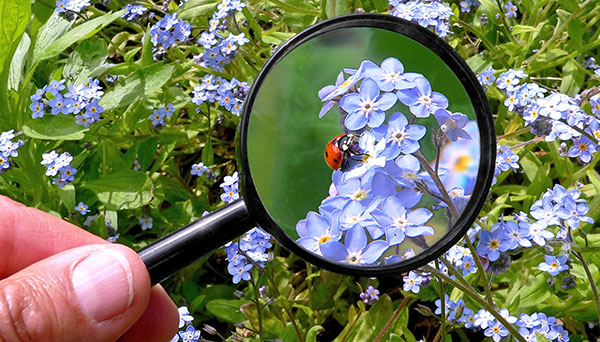