Montreal, 4 March 2016—The Secretariat of the Commission for Environmental Cooperation (CEC) has taken action on three Mexican submissions. The Secretariat delivered a draft factual record to the CEC Council on two gas infrastructure facilities in Mexico, requested a response from Mexico on allegations regarding analog TV waste, and determined that a submission on agricultural waste burning in Sonora needs to be revised.

Management of Analog TV Waste Submission. The Secretariat also issued a determination requesting a response from Mexico on its alleged failure to effectively enforce environmental laws with respect to the preparation and implementation of a management plan for discarding analog television sets, following the country’s shift from analog to digital TV signals (better known as the “analog blackout”).

Following Mexico’s adoption of the digital television transmission technological standard in 2004, the government scheduled the end of analog signal broadcasting for December 2015. The Submitters assert that as a result, between 20.7 million and 34.4 million analog television sets are being discarded and that there is not enough infrastructure to ensure the adequate collection, warehousing, and proper disposal of the resulting waste in accordance with applicable law.

Mexico has 60 working days to file a response to the submission.

Agricultural Waste Burning in Sonora Submission. Finally, the CEC Secretariat issued a determination concerning the assertion that Mexico is failing to effectively enforce its environmental laws with respect to the burning of agricultural waste in Caborca, Sonora. The Submitter asserts that every year around 100 tons of agricultural waste are burned, generating air pollution from almost 13,000 hectares of farmland. Following its analysis, the Secretariat found the submission did not meet certain eligibility requirements and requested the submitter to file a revised submission within 60 working days. The Secretariat noted that the submission needs to address specific provisions of environmental law and provide more information on a citizen complaint filed before environmental authorities in Mexico.

The North American Agreement on Environmental Cooperation provides for a process allowing persons or nongovernmental organizations to file a submission to the CEC Secretariat, asserting that Mexico, Canada or the United States is failing to effectively enforce its environmental law. The CEC has published guidelines explaining the process and released a video for prospective submitters. In appropriate cases, and upon instruction from the CEC Council, the CEC Secretariat may examine a submission further and develop a factual record. 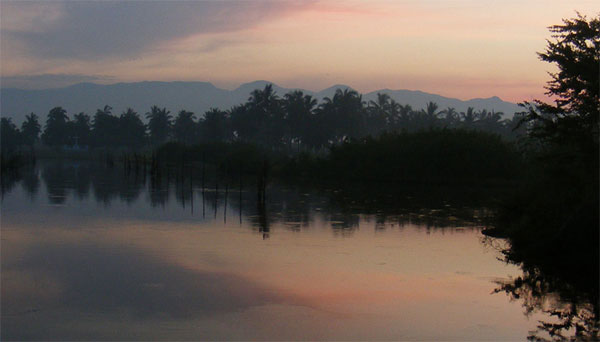