Montreal, 5 August 2021—On 27 July 2021, the Secretariat of the Commission for Environmental Cooperation recommended that the CEC Council vote to develop a factual record regarding the Loggerhead Turtle submission.

In submission SEM-20-001 (Loggerhead Turtle), the Submitters assert that Mexico is failing to effectively enforce its environmental laws regarding conservation of the loggerhead turtle along the Pacific coastline of Mexico. The Loggerhead Turtle submission, filed by the Mexican Center for Environmental Law and the Center for Biological Diversity, is the first submission filed under Chapter 24 of the new United States-Mexico-Canada trade agreement (known as USMCA, T-MEC and CUSMA, respectively) with the CEC Secretariat.

In its response to the submission, Mexico claimed that the Secretariat should not have accepted the submission as it lacked sufficient information to be admissible for the SEM process. In addition, Mexico provided information on enforcement activities in relation to loggerhead turtle protection and discussed instances where it considered the Submitters’ assertions inadmissible.

After a review of Mexico’s response, the Secretariat found that the response does not address central questions raised in the Submission: the alleged lack of measures to counter the number of loggerhead turtle deaths; the failure of investigatory activities to determine the most probable cause of death; the effectiveness of measures implemented so far; the failure to develop and use technical and scientific information in establishing and implementing strategies to counter the loggerhead mortality rate in the Gulf of Ulloa; and the insufficient information on enforcement measures and their effectiveness thus far.

The CEC Council is expected to vote on whether to instruct the Secretariat to prepare a factual record by 25 October 2021. 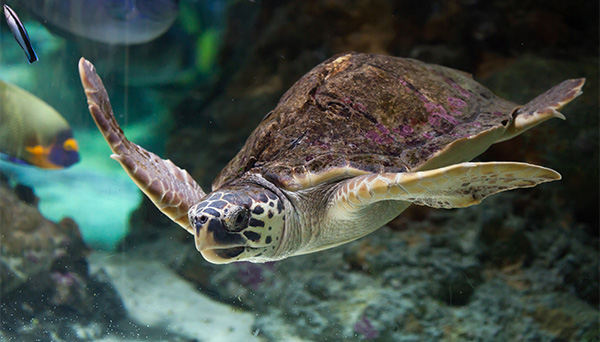