Montreal, 11 April 2022—On 1 April 2022, the Secretariat of the Commission for Environmental Cooperation (CEC) recommended developing a factual record to explore factors contributing to the near-extinction the vaquita porpoise–the world’s smallest cetacean and rarest marine mammal–in the Gulf of California in Mexico.

The recommendation responds to a Submission on Enforcement Matters under Chapter 24 of the US-Mexico-Canada Agreement (USMCA/CUSMA) filed by the Center for Biological Diversity, Animal Welfare Institute, Natural Resources Defense Council, and Environmental Investigation Agency.

The submitters assert that “the Mexican government is failing to effectively enforce several environmental laws and as a result has caused the near extinction of the vaquita porpoise. Approximately only 10 vaquita remain.” The submitters assert that vaquita populations have been declining over the years due to the use of gillnets to fish for totoaba, an endangered fish threatened by illegal fishing for its swim bladder, which is sold in international markets.

The vaquita porpoise (Phocoena sinus) is the world’s smallest cetacean and the most endangered marine mammal. The vaquita has the smallest range of any whale, dolphin, or porpoise, and only lives in a small 1,500 square-mile area in Mexico’s upper Gulf of California, near the town of San Felipe. The totoaba (Totoaba macdonaldi) is a large, schooling marine fish whose habitat partially overlaps with the vaquita. According to the submission, Mexico is not effectively enforcing the General Wildlife Law (Ley General de Vida Silvestre) and federal regulations issued between 1975 and 2020 banning totoaba fishing and protecting the vaquita.

In response to the submission, Mexico reported having seized 2,363 totoaba swim bladders, issued fines amounting to roughly US$17.5 million, and recovered 384 nets – 73 km long in all – between September 2019 and September 2021. The Secretariat, however, concluded that there are central questions that remain unanswered regarding Mexico’s enforcement of the relevant laws and orders.

The CEC Secretariat finds that a factual record could provide information on Mexico’s efforts to enforce the 1975 totoaba ban by imposing sanctions and taking measures to effectively implement the ban; including collecting information on organized groups involved in the illegal fishing, storage, distribution, transportation, and commercialization of the totoaba.

The CEC Secretariat also finds that a factual record could present information on Mexico’s efforts to implement the 2015, 2017, and 2020 Gillnets Orders aimed to protect the vaquita, including: the permanent ban on gillnet use; the characteristics of agalleras and their effects on marine biodiversity; effectiveness of devices or monitoring systems for vessels, and the launch and landing sites prescribed by the orders. A factual record could provide information on sanctions; daily number of vessels and detention by port authorities; actions to address recidivism; net recovery; ongoing surveillance and effectiveness, and policies and programs encouraging the sustainable use of natural resources in the upper Gulf of California.

The CEC Council should vote on whether to authorize the Secretariat to prepare the factual record, normally within 60 working days of receiving the recommendation, by 5 July 2022. 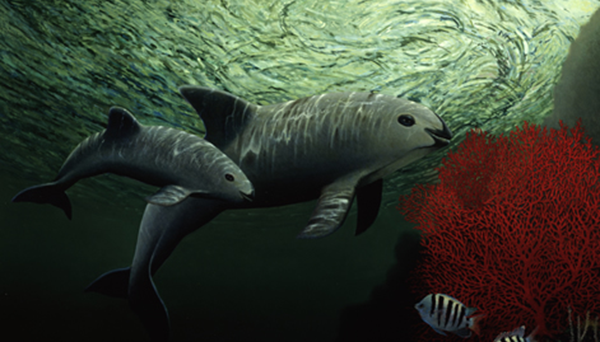 Less than 10 vaquitas remain, the world’s tiniest cetacean, killed as by-catch in gillnets of poachers seeking another endangered species – the totoaba– for its swim bladder