Montreal, 16 January 2023 — On 11 January 2023, a US citizen and permanent resident of Mexico filed a submission under Chapter 24 of the United States-Mexico-Canada trade agreement (USMCA/CUSMA) with the Commission for Environmental Cooperation (CEC). The Submitter asserts that Mexico is failing to effectively enforce its environmental laws to protect forest resources and birds, including an endangered species, in relation to housing developments around San Cristóbal de las Casas, Chiapas, Mexico.

In submission SEM-23-001 (Residential Development in San Cristóbal de las Casas), the Submitter asserts that Mexico is failing to protect various hummingbird species, including the Ruby-throated (Archilochus colubris), Violetear (Colibri thalassinus / Colibri delphinae), and Black-chinned (Archilochus alexandri) hummingbirds, as well as other species of birds, like the Canyon Wren (Catherpes mexicanus) and Blue-throated Motmot (Aspatha gularis) which is in danger of extinction. In particular, the Submitter claims that Mexico is failing to uphold provisions of the Mexican Constitution and various federal laws focused on environmental impact assessment, forestry conservation, and environmental protection. The Submitter alleges that unregulated and irregular housing developments in a conservation area threaten the habitat and continued survival of these bird species.

The Secretariat will review the submission within 30 days and determine whether it meets the requirements of USMCA/CUSMA Articles 24.27(2) and (3). To learn more, please consult the registry page for the submission SEM-23-001 (Residential Development in San Cristóbal de las Casas). 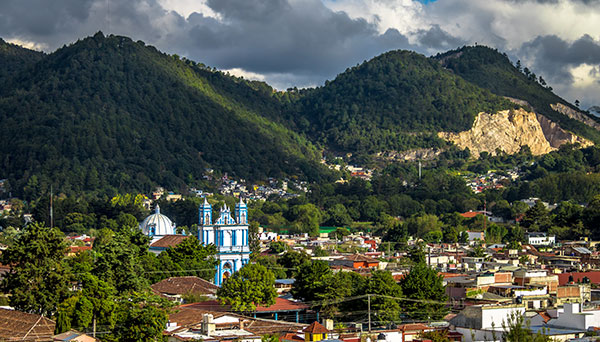