Montreal, 22 December 2016—The Commission for Environmental Cooperation (CEC) announces today the release of the video series Collaborating to Conserve: The Monarch Butterfly, featuring leading conservation experts from across North America who describe their cooperative efforts to protect monarch butterfly habitats.

Every fall, millions of monarchs undertake a spectacular migration from southern Canada and the central and northeastern United States to forested areas in central Mexico. A smaller population found west of the Rocky Mountains migrates to groves along the coast of California.

Over the last twenty years, both the eastern and western overwintering populations have declined drastically, highlighting the need to reinforce collaboration at the continental level and encourage North American citizens to join monarch monitoring and conservation efforts.

The CEC’s new short film series, produced in collaboration with Environment and Climate Change Canada, Parks Canada, Mexico’s Comisión Nacional de Áreas Naturales Protegidas (Conanp), and the US Fish and Wildlife Service, aims to inform the general public about the vital role of trinational cooperation in preserving the monarch butterfly and its migratory phenomenon.

Click here to view the video series. All six videos are available in English, French and Spanish.

Our work to protect the monarch butterfly

Since 2007, the CEC has supported monarch butterfly conservation work by the three North American countries, which are home to the monarch and its unique and endangered migratory phenomenon. The CEC has two monarch initiatives underway as part of its current cooperative work program. 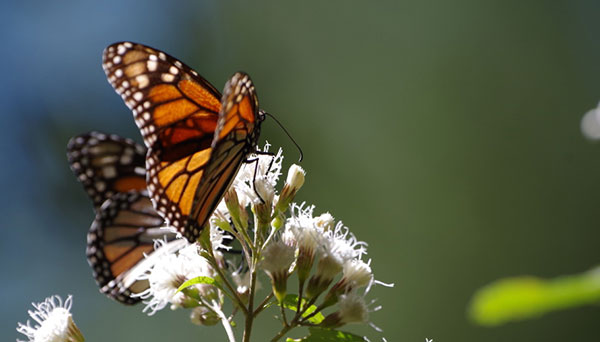