Montreal, 4 August 2017—On 15 June 2017, Montreal’s leading international environmental organizations gathered at the Montreal Botanical Garden for a networking event to mark the city of Montreal’s 375th anniversary as well as Canada’s host status for this year’s World Environment Day.

For the first time, representatives of the Commission for Environmental Cooperation (CEC), the United Nations Secretariat of the Convention on Biological Diversity (UNCBD), Future Earth, the Secretariat of the Montreal Protocol, and the International Civil Aviation Organization (ICAO), came together to pay homage to the metropolis.

In his address to the assembled guests, Executive Director Chávez noted that the choice of Montreal as CEC Secretariat headquarters in 1994 has greatly benefited the Commission in attracting and retaining international staff and, he believed, has also contributed to the international character of the city.

To mark the occasion, Réal Ménard, representing Montreal Mayor Denis Coderre, signed the city’s declaration of its commitment to the Mayors’ Monarch Pledge. By signing the pledge and moving to put its promises into effect, Montreal has become the first municipality in Quebec to proclaim itself a “monarch-friendly” city.

The celebration—which attracted over 100 distinguished guests—was an excellent opportunity to meet and network with representatives from international environmental organizations, Montreal’s diplomatic community, as well as academic, government and civil society actors with expertise in the environmental sector. 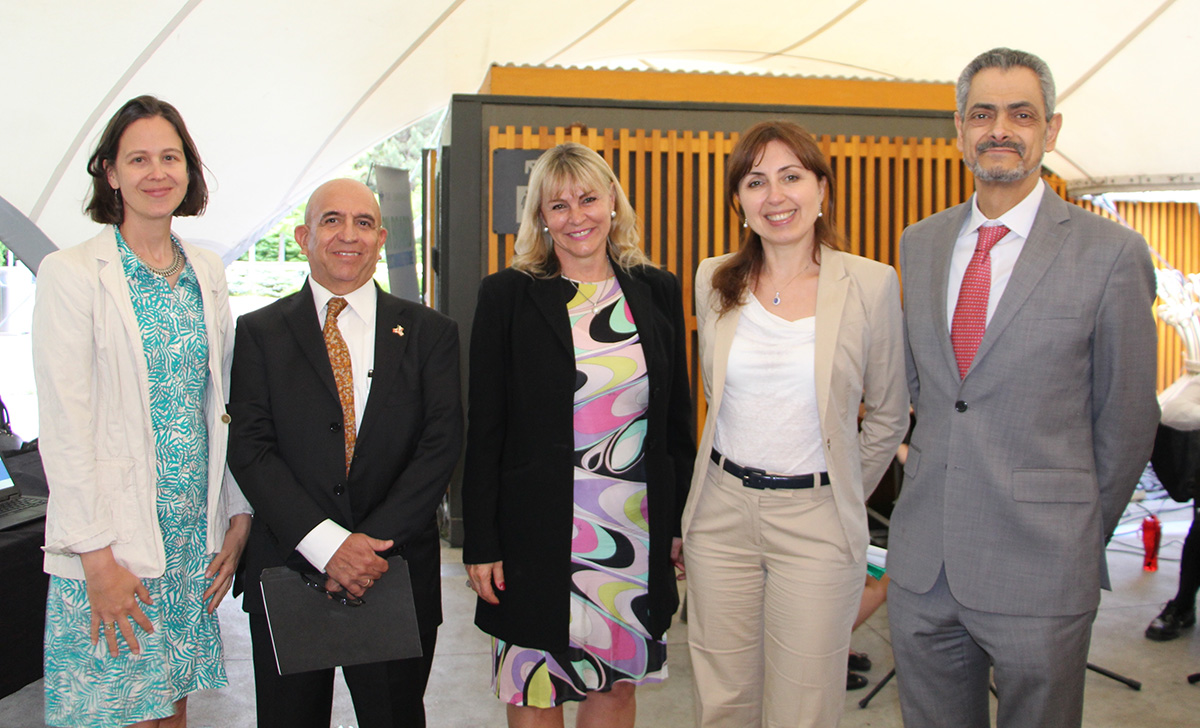