Montreal, 13 June 2017—In an unanimous vote, the Council of the Commission for Environmental Cooperation (CEC) has directed the Secretariat, through Council Resolution 17-03, to develop a factual record concerning the Agricultural Waste Burning in Sonora submission.

Filed in January 2016, the submission, from a submitter residing in Mexico who requested that their identity remain confidential, asserts that the municipality of Caborca, Sonora, is failing to effectively enforce its Environmental Protection Bylaw (Reglamento de Equilibrio Ecologico y Protección al Medio Ambiente) with respect to the burning of agricultural waste from asparagus farming.

The submission alleges that the municipal authority is failing to conduct air quality monitoring; that open-air burning of asparagus crop residues is having a negative impact on air quality; that the municipal authorities are failing to take the measures necessary to prevent and control air pollution-related environmental contingencies; that no open-air burning permits have been issued; and that the burning should be prohibited because it is causing harm to human health.

The Council’s decision followed a recommendation supporting the preparation of a factual record from the CEC Secretariat, which considered the government of Mexico’s response to the submission. In accordance with the Guidelines for Submissions on Enforcement Matters under Articles 14 and 15 of the North American Agreement on Environmental Cooperation , the Secretariat has now 180 working days to present to the Council a draft factual record. 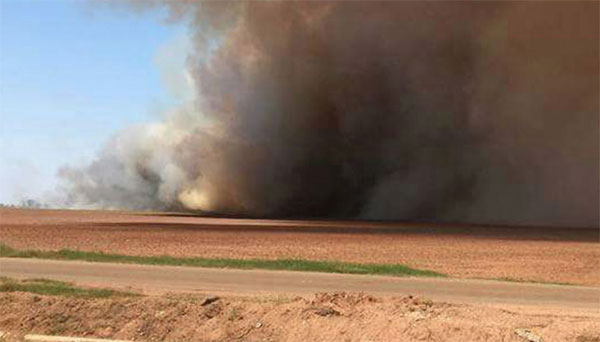 In Submission SEM-16-001 (Agricultural Waste Burning in Sonora) the Submitter asserts that Mexico is failing to effectively enforce its municipal air quality laws in relation to the burning of agricultural waste in Caborca, Sonora.