World Wildlife Day is a global annual event established by the United Nations to raise awareness about the world’s wild animals and plants. It is celebrated on March 3, the date of the signature of the Convention on International Trade in Endangered Species of Wild Fauna and Flora (CITES), a multilateral treaty to protect plants and animals impacted by trade. CITES Appendix II includes species that are not threatened with extinction, but whose trade must be controlled to avoid practices incompatible with their survival.

The video released today uses a popular North American pet, the Mexican red-kneed tarantula (Brachypelma smithi), to demonstrate how the legal, sustainable and traceable trade of CITES Appendix II species can have a positive impact both on species conservation and also on the livelihoods of local communities that depend on them. It also invites the public to become better informed about species we might be interested in buying or selling.

The video also coincides with the conclusion of a four-day Tarantula Trinational Trade and Enforcement Workshop (27 February–2 March 2018) hosted by the CEC in Guadalajara, Mexico. The workshop brought together renowned experts, breeders, traders, law enforcement officers, and government officials to strengthen collaborative support for the sustainable and legal trade of 16 priority tarantula species.

For more information or to consult the CEC’s North American Action Plans for each species, visit http://www.cec.org/trinational_cites. 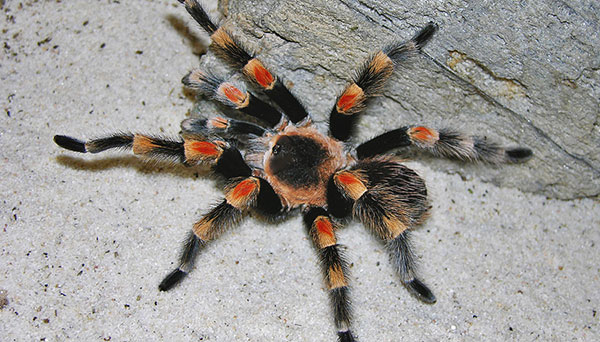