5th Annual International Monarch Monitoring Blitz Was the Most Successful Ever—Thanks to You!

Montreal, 2 November 2021—The Commission for Environmental Cooperation (CEC), together with the Trinational Monarch Conservation Science Partnership, is pleased to announce the results of the fifth annual International Monarch Monitoring Blitz (Monarch Blitz), which occurred between 23 July and 1 August 2021.

More than 2,000 volunteers across 80 states and provinces in North America shared 4,293 observations of monarch butterflies and milkweed plants, the highest level of participation ever recorded since the first Monarch Blitz in 2017 (see graph).

“We are delighted to witness so much enthusiasm for the event again this year. It is a testimony of incredible support of North Americans for our beloved monarch butterfly, as we mark the fifth anniversary of this trinational effort,” declared Alessandro Dieni, Mission Monarch Coordinator at the Montreal Space for Life Insectarium.

For 10 days, 2,078 volunteers in Canada, Mexico and the United States helped monarch specialists gain information, not only on the density and the distribution of this emblematic butterfly but also on its host plant: milkweed (Asclepias, spp.). Nearly 50,000 milkweed plants were recorded, drawing an interesting portrait of the monarch’s reproductive habitat during the summer.

“It is essential to know the availability of habitat for monarch reproduction to effectively prioritize and direct conservation actions. Monarch Blitz participants have increased this knowledge by recording locations of milkweed and monarch butterflies across North America, including areas where data have previously been limited (see figure). The geographic coverage of the Monarch Blitz data is remarkable and extremely valuable, and I hope it continues to grow in future years,” said Laura Lukens, National Monitoring Coordinator at Monarch Joint Venture.

In addition, the participation and engagement of volunteers continues to grow year after year, and experts believe that the Monarch Blitz database, due almost exclusively to community scientists, will achieve the original goal set for the Monarch Blitz by the Trinational Monarch Conservation Science Partnership: a rigorous estimation of the size of the summer breeding population, similar to what is done with the overwintering populations in central Mexico and coastal California.

Furthermore, the caterpillar-to-milkweed ratio extrapolated from these observations will inform experts on the potential number of monarchs that will eventually undertake this impressive southern migration, since the caterpillars surveyed during the Blitz are very likely the butterflies that will cluster together in Mexico to pass the winter.

The information collected will aid researchers to identify priority areas in which to apply measures for monarch conservation. And thanks to this engaged community of monarch observers, monarch researchers will soon be able to analyze trends in the sizes of summer breeding populations. Note that the data collected are available for interested parties to consult and download at the Trinational Monarch Knowledge Network.

To know this year’s results in more detail, follow #MonarchBlitz on social media. You can also profit by learning more about the participating programs, below:

Comisión Nacional de Áreas Naturales Protegidas
The National Commission of Natural Protected Areas (Conanp) is an agency of the federal government of Mexico in charge of the administration of natural protected areas. @GobiernoMX

Journey North
Journey North is a crowdsourced, community science program that engages people from across North America in tracking migration and seasonal change to foster scientific understanding, environmental awareness and the land ethic. Journey North is a program of the University of Wisconsin, Madison, Arboretum. @journeynorth.org 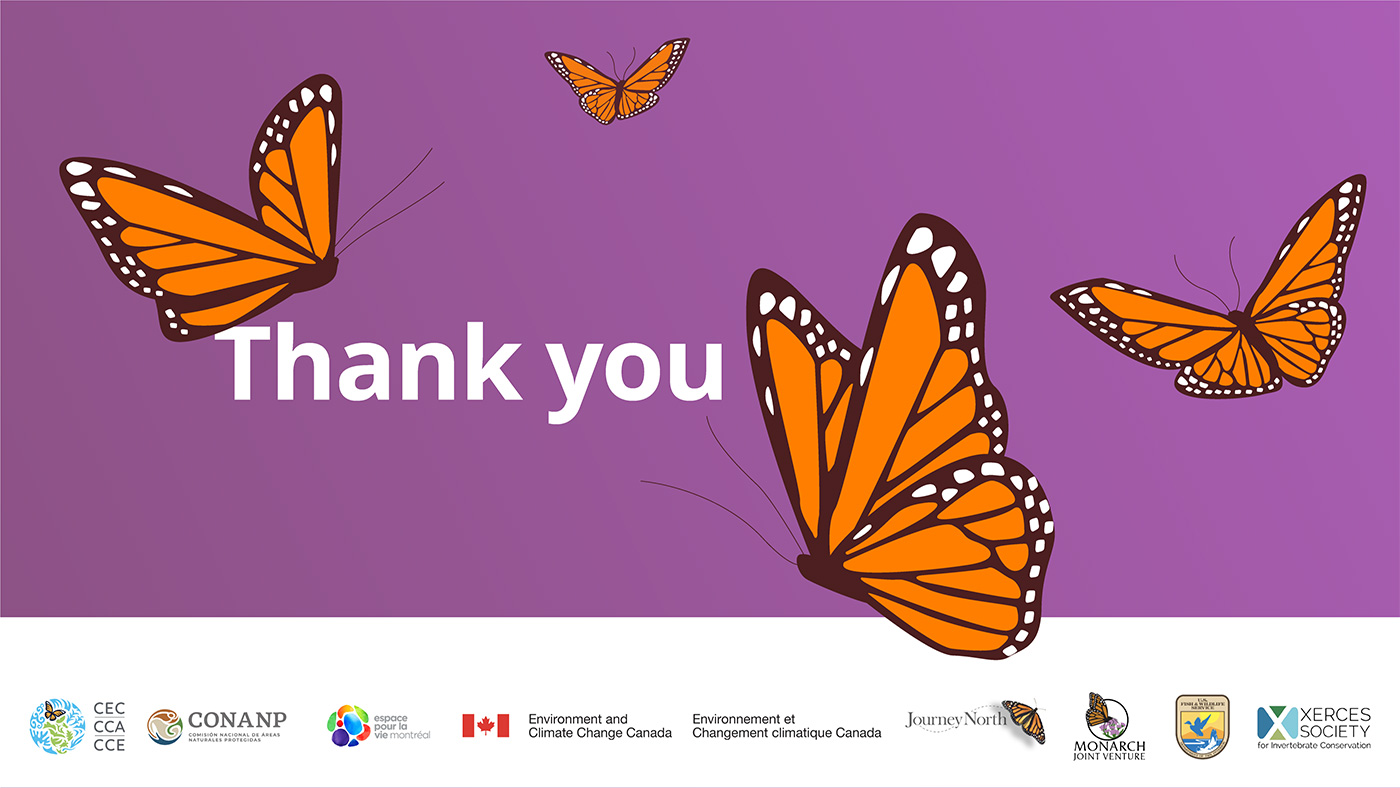