In 2014, the Turtle Taxonomy Working Group of the IUCN Tortoise and Freshwater Turtle Specialist Group drafted provisional reassessments of some of the priority species. These reassessments indicate that at the next formal Red List update, the status of G. agassizii is likely to be changed to Critically Endangered; G. Polyphemus to Endangered; G. morafkai and M. terrapin to Vulnerable; and G. berlandieri to Near Threatened. 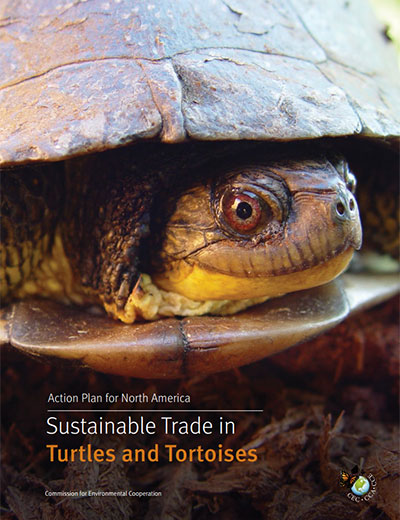 In Mexico, D. mawii is considered Endangered, G. agassizii is Threatened, and T. carolina, T. ornata and T. nelson are all Subject to Special Protection.

In the United States, D. mawii is listed as Endangered and the northern population of G. agassizii is listed as Threatened, under the Endangered Species Act (ESA). The southern population of G. agassizii (now G. morafkai) is listed as Threatened (Similarity of Appearance). The level of state protection for these species varies between jurisdictions. All Gopherus species are protected from collection for commercial or personal purposes by the laws of each state in which they range.

The North American trade in priority turtle species primarily involves live animals. The dynamics of that trade are somewhat different in the three countries, and vary between the different species.