The threat of overexploitation for international trade is the principal reason each of these species has been listed in Appendix II of CITES. All priority species are listed as either Vulnerable or Endangered on the International Union for Conservation of Nature (IUCN) Red List.

Carcharodon carcharias, C. maximus, L. nasus and S. zygaena occur in Canadian waters. However, C. carcharias occurs only sporadically, and S. zygaena is rare. Live specimens of C. carcharias are periodically observed in Atlantic Canada, but all records of C. carcharias on the Pacific coast of Canada pertain to beached specimens found on the shores of Haida Gwaii (Queen Charlotte Islands). Excepting L. nasus, each of the priority shark species occurs in Mexican waters, although C. maximus is exceedingly rarely found. All of the priority shark species are found in US waters. Only three species (C. carcharias, C. maximus and S. zygaena) have ever been found in the waters of all three countries. 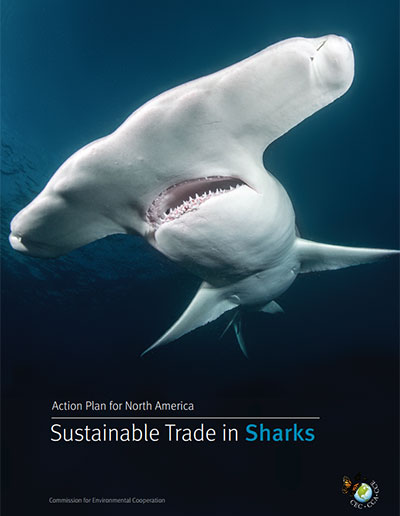 Sharks are primarily traded as parts, pieces and derivatives—including meat, fins, teeth, jaws—and as ingredients in health supplements and pharmaceuticals. Fins are the most valuable product for international trade. The identification of shark fins is a challenge for border officers and a significant challenge to the implementation of CITES.