This map shows the grasslands priority conservation areas (GPCAs) within North America’s Central Grasslands, an ecosystem considered among the most threatened in the continent and the world.

GPCAs are defined as areas of tri-national importance due to their ecological significance and threatened nature, which are in need of international cooperation for their successful conservation.

The 55 GPCAs were identified by biodiversity experts through research and a workshop co-organized by the CEC in 2004. 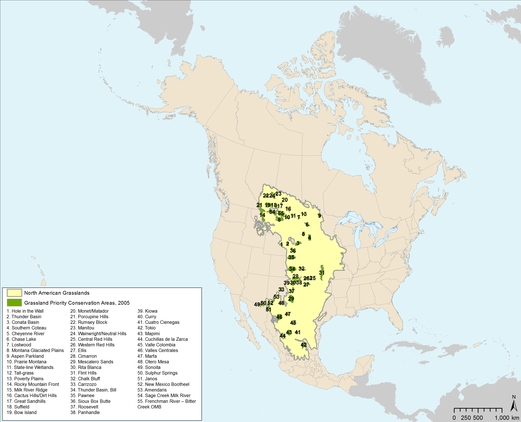